However, they’re not a natural part of a bearded dragons diet, and they’re quite likely to refuse them.

Beardie owners should think twice before offering snails from their backyard, since these have the potential to harm reptile pets.

Are Snails Safe For Bearded Dragons?

Everyone can picture a snail, inching slowly along with its house on its back.

You might get a lot of them in your backyard (especially if you have a vegetable or flower garden there).

If you keep a skink or box turtle as well as a bearded dragon, you might already stock snails as a tasty snack for them.

Perhaps you even have a pet snail which has laid eggs!

There are a lot of reasons to be interested in feeding these crunchy gastropods to bearded dragons.

But your beardie might not share your interest, and if they do, it’s important to make sure you offer snails safely.

Bearded dragons are omnivores. In the wild, they eat a mixture of leafy green plants, live creepy crawlies, and even small mammals and birds!

In captivity, bearded dragons should be offered leafy plants like salad leaves every day. But there are conflicting opinions about how often they need to eat live prey.

We’ll offer a theory about why that is in a moment!

Beardies also need plenty of calcium in their diet to support healthy bones. They can get this from little bits of cuttlefish, leaves dusted with calcium powder, or from live prey fed a calcium-rich diet.

Snails contain an awful lot of water, but their body is also a source of proteins, fats, vitamins and minerals.

Their shell is almost entirely made of calcium carbonate – which is potentially very useful for beardies.

Wild bearded dragons are opportunistic predators, which means they catch whatever prey comes their way, whenever it presents itself.

This means their diet varies considerably by their location, and what time of year it is.

Which is probably why captive feeding guidelines differ so much too!

Wild beardies are especially unfussy and unambitious hunters in winter, when cooler weather means their body might never fully warm up.

And by this standard, a slow moving snail sounds like an ideal snack.

But wild bearded dragons are native to baking hot central Australia, where snails aren’t unheard of, but they’re not terribly common either.

Which is probably why this meticulous study of wild beardie eating habits didn’t find a trace of snail anywhere.

It’s unclear whether wild beardies don’t eat snails because they never encounter them, or because they don’t like them.

Snails secrete mucus from their foot to help them slide along.

It’s pretty unpleasant stuff – snails farmed for the famous French dish escargot (translation: snails!) are made to crawl across dried straw or grape vines so that they release all their mucus before cooking.

So it’s possible that snails’ mucus puts bearded dragons off eating them too (they’re none too keen on earthworms for the same reason).

But all beardies are individuals, so if you want to try safely feeding your bearded dragon snails, you might discover yours is quite partial to them.

Are Snails Bad For Bearded Dragons?

They might be slimy and unpalatable, but only aquatic cone snails are actually venomous.

Unfortunately that doesn’t mean that snails from your backyard are certain to be harmless.

Wild snails can be poisonous to bearded dragons if they have ingested fertilizers or pesticides before they made it into your beardie.

They can also carry dangerous parasitic infections, such as lung worm.

However, evidence that lungworm does infect frogs suggests that beardies might not be completely invincible to it either.

And it’s for that reason alone that some vets say its better to be safe than sorry, and keep backyard snails away from your beardie.

The risk of impaction

Another common and relevant illness of bearded dragons is impaction.

Impaction occurs when beardies swallow something too big to comfortably digest, and it creates a blockage in their gut.

The blockage can even press against the spinal cord, causing pain or loss of sensation in the hind legs.

To avoid this problem in your beardie, never feed them a snail that’s bigger than the gap between their eyes.

Are Snails Good For A Bearded Dragon?

All that being said, snails can be an enriching part of your beardie’s diet, if they enjoy them.

And their shells can be a helpful source of calcium.

So now let’s turn to the safe ways of feeding snails to a bearded dragon.

Yes, this is definitely the safest way to offer snails to your beardie.

Farmed snails are available online and from specialist pet stores, where they’re more typically thought of as a live prey meal for skinks and box turtles.

Remember only to offer the smallest ones to your beardie!

Maybe. Some pet stores sell canned prey foods, including snails and grasshoppers (which definitely will be a hit with your beardie!)

These are safe, provided they are small enough.

Some delis and specialist food stores also sell canned snails for humans to use in escargot or paella.

Check the size of these before offering them to your beardie, and also make sure that they haven’t been flavored or seasoned with other ingredients.

If your keep an aquarium with a thriving population of aquatic snails, you might have considered whether you can feed them to your bearded dragon.

This is a bit tricky because you’re unlikely to know exactly what bacteria they might have ingested in the tank, or before you got them.

On balance, we’d probably leave them in the tank.

If you keep two giant African land snails together, you’ll know that they can produce thousands of eggs every month.

Anecdotally, beardie owners report that their lizards aren’t very interested in the eggs, although they are safe to offer.

An interesting alternative is offering the small hatchlings!

Don’t wait for them to grow much bigger though, to avoid the risk of impaction.

Arguably snail shells are the most nutritionally valuable bit of a snail to a bearded dragon.

However, they’re also hard and round. Which increases the risk of them causing choking or impaction.

Very small snails, or young snails with soft shells are the safest for your beardie, from this point of view.

My Bearded Dragon Ate Snails, What Should I Do?

If your bearded dragon has eaten snails, there’s no need to panic, or do anything right away.

Keep a watchful eye on them for signs of impaction, including

If you witness any of these, arrange a consultation with your vet.

If your beardie suffers any signs of gastric upset after eating snails, such as diarrhea, stick to hard bodied live prey next time instead.

Snails eggs and hatchlings are on the right scale, but they contain more water by volume, which means less protein and other nutrients to support growth.

Their water content can also cause stomach upsets and blockages.

So we think these snacks are best saved for adult beardies.

But they’re best saved as an occasional snack.

The best daily diet for a bearded dragon is one which mimics their wild diet as closely as possible. So – lots of salad leaves, and hard bodied insect prey.

As far as we’re aware, wild beardies have not been recorded eating snails.

Also, since snails contain a lot of water, they’re bulky. Their shells make them bulky too.

So eating too many in one go can cause impaction.

Alternatives To Snails For Bearded Dragons

It gives them an opportunity to practice behaviors they would use in the wild too, which is mentally enriching for them.

Here are some great alternatives to snails which are definitely safe for your beardie to eat several times times a week:

Small snails farmed in controlled conditions so that they don’t contain ingested chemicals or parasites are a safe snack for bearded dragons.

However, they’re not something beardies usually eat in the wild, and their slime can be pretty unpleasant tasting.

So you might find your pet beardie says ‘no thanks’ to this particular treat!

Is your beardie the exception? Let us know if you’ve tried feeding snails to your bearded dragon in the comments box down below!

McCormack, Lungworm in dogs, but what about in reptiles? The Exotic Pet Vet Blog, 2014.

Slatyer et al, Between a rock and a dry place: land snails in arid Australia, Animals of Arid Australia: out on their own? 2007 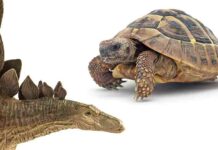 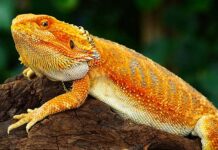 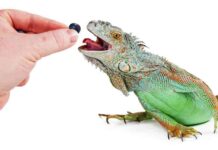 What Do Lizards Eat?