Finding great lion names starts with appreciating lions of all shapes and sizes. After all, in most parts of the world, you can’t keep a wild lion as a pet! But lions have lots of smaller relatives…including one longtime favorite, the modern pet cat. Or perhaps you have the wonderful chance to help name, adopt or sponsor a big cat cub or adult at your local zoo or wild animal rescue society. How many people can say they helped to name a real lion or lion relative!

Boy Lion Names Around the World

While a tiny lion cub may look cute and adorable, a fully grown adult male lion is a sight to behold – and a force to be reckoned with.

Perhaps this is why, although nearly all wild lions are found only in Africa and India, all cultures and languages seem to have a dedicated word that means lion. Intriguingly, most of these words also begin with the letter “L.” We have included the language of origin for each of the boy lion names on this list in parentheses after the name.

Girl Lion Names Around the World

A female lion is called a lioness. While the male lion is taking care of family protection, the lioness is on the hook for catching and serving dinner!

A single pride may include up to a dozen female lions. Often, females work together, hunting in packs, to tackle and take down large prey animals. These girl lion names highlight how different languages celebrate the brave beauty of the lioness.

Lions cannot seem to help but stick out. It is a daily hazard when you are an apex predator. Human fascination with these massive cats has also ensured that lions will always find their way into pop culture. This list of celebrity lion names includes some of the best known lions across the centuries.

Everyone knows who Simba is, even if you haven’t seen the animated movie the Lion King! But do you recognize all of these other wonderful cartoon lion names and which cartoons they are from? Test your knowledge as you scan through this list.

You haven’t truly lived until you have seen a cute little lion cub tumbling about, learning to walk and romp and play and all that good stuff. We might know they will grow up to be mighty, but for now they are just plain cuddly and cute.

Lions didn’t get so popular just because they are fierce! Lion cubs prove that funny-cute is real….and so do these funny and cute lion names.

While fierceness may not be the big cat’s only claim to fame, it certainly is the most awe-inspiring. The lion is literally the top of the food chain and apex predator in every area where they live. Not too many species, big cats or otherwise, can say that. These fierce lion names might be just perfect for the ferocious feline in your life.

Do you have a favorite from the lion names on the lists here? Are you in the process of welcoming a new pet while searching for the perfect lion names? Please drop us a comment – let us know what name you chose and if we missed any of your favorites! 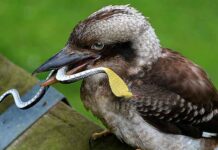