Most of us don’t have access to giant pools and gallons of fish, so unless you work at a huge aquarium or just won the lottery you’re unlikely to be here looking for whale names for an actual whale. But have a whale of a time with these themed lists of orca-some whale names for your other pets or plushies!

It may be impossible to own a whale, but that doesn’t mean you can’t choose whale names for your pet fish or plush toy. Here we have brainstormed some fantastic ideas for you inspired by these majestic and intelligent creatures.

You might be looking for a whale name for an aquatic pet or your child’s toy whale. Or perhaps you want to sponsor or adopt a whale to support a conservation program. You might even be writing a story about a whale. But whatever your reasons, we are sure you will find a whale name you love from our lists below.

Whales are, without a doubt, the largest mammals ever to have lived on the planet, ranging from the six-hundred-pound dwarf sperm whale to the giant blue whale, which measures a staggering one hundred feet long and weighs the equivalent of twenty-four elephants!

These giant creatures are also the longest living mammals, with lifespans generally ranging from 20 to 100 years. But it is the bowhead whale that has the most candles on its birthday cake as it is known to live for two hundred years or even longer!

You can find whales in every ocean, and as they are an endangered species, the law protects them, meaning it is illegal to buy or sell one, so owning one as a pet is out of the question.

Plus, their sheer size alone would make it extremely difficult to take care of a whale, especially as they only live in ocean water.

How To Name a Whale

There are no complex rules when deciding on the best name for a whale. It is different to naming a pet dog, where you have to be careful that the name doesn’t rhyme with a command and confuse them. For example, calling them Drey sounds the same as “stay.” But for a great whale name, you have no such problems and can find inspiration in various places. Take a look at these great whale names that will put a smile on your face!

The male whale is called a bull, so it needs a macho name. Many male species of whales woo a female whale with their booming songs, using some of the loudest songs in the ocean. The song of the blue whale can reach up to 188 decibels and heard up to one thousand miles away! Here are some suitable masculine names.

The female whale is called a cow and is usually bigger than a male whale. Female whales make excellent mothers, dedicating months to raising and protecting their young. They are generally pregnant for between 10 and 18 months, depending on the species. Here are some suitable names that are both feminine and strong, like the female whale.

You will know you have spotted a female whale if you see a baby swimming beside her. A baby whale is called a calf, but they are not small, weighing around six to eight tons when they are born! Calves stay with their mother until they are about eleven months old. But although they are big, a baby whale is still cute, so it needs a sweet name.

Everybody knows the movie, Free Willy, with Keiko the star becoming the most famous whale in the world. Gain inspiration from these famous whales.

Maybe you can find inspiration from some of these famous movie characters.

Whales might be giant, powerful creatures, but why not lighten things a little with some funny whale names that will give you a giggle.

You will find whales in every ocean of the world, from the polar waters of the Arctic and Antarctic oceans to the tropical waters around the equator. If you have ever fancied going whale watching, these geographic locations are where you might see some, giving inspiration for great whale names.

Blue whales are by far the largest whale species and are the world’s biggest animal, making them the giants of the sea. They are also known as sulfur-bottom whales because of the yellow underside seen on some individuals. Check out these blue-themed names.

Killer whales are also known as orcas. They got the name after ancient sailors observed them killing bigger whales, calling them whale killers, which eventually got flipped around to the more straightforward “killer whale.” These whales deserve a badass name!

The humpback whale has giant pectoral fins which can grow to sixteen feet long. They are mainly black or gray with white undersides and have a small hump in front of their dorsal fins hence the name.

The whale is a majestic creature, and it deserves a name to match. Choosing the best whale names is great fun but quite challenging. Hopefully, our list has given you some ideas or inspired you to come up with your own. 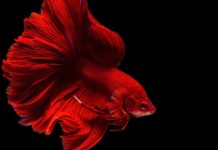 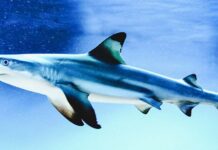 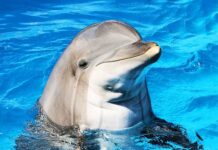