What eats mice? Lots of animals! Either as part of their diet or their main source of food. From snakes to birds, foxes, cats and even beetles, the innocent mouse is a delicacy in the animal kingdom. Today I’ll share all the creatures that think mice are a tasty treat.

While there are plenty of animals that may want to feast on mice, they are quite difficult to hunt down. Mice are very wary, and even spy down on their predators by sniffing their tears from a distance! But this doesn’t stop plenty of animals seeking them out.

There are plenty of wild animals that eat mice. Given that the mouse is a small animal with few defense resources, it is a delicacy to almost any animal that eats meat. Among those that eat mice include:

Foxes are medium-sized animals that belong to the family Canidae. They hunt in packs and share their meals when they catch big prey. However, they also prey on small rodents such as mice. Foxes eat mice of all sizes and types.

Weasels are small animals that belong to the genus Mustela. They eat mice but they also enjoy other delicacies including nuts and cereals.

Reptiles are one of the biggest consumers of tiny rodents. From wild lizards to our pet snakes, they include a huge range of animals.

Large lizards such as monitor lizards, goannas, and iguanas also feast on mice. These reptiles actually hunt for mice. They predominantly enjoy feasting on mice since they stay in similar environments. Wild mice stay in nests made of dry leaves, an environment where most large lizards live.

Almost all snake types find mice very attractive for a meal. Unlike most of the other animals on this list, snakes do not chew their prey. On the contrary, snakes swallow the mice whole. In some situations, they even swallow the muse before it dies.

While snakes feast on mice, some species of snakes do not. For instance, the egg-eating snake only eats eggs.

Lots of birds love to eat mice, including both nocturnal birds like owls. It might surprise you to learn that even Parrots actually love eating mice when it’s fed to them by their keepers!

Cats are on top of the list of domestic animals that eat mice. While some cats only kill mice for fun, most eat them.

Although you won’t find a hen killing a mouse, they will happily eat them if they come across one that has already died.

Insects and Bugs that Eat Mice

Insects that are omnivores in nature eat all types of meat. While most insects do not eat meat, here are some that eat mice, if they find them after they’ve passed away.

Dragonflies eat fresh and decaying meat. If they find dead mice, they will be more than happy to have a feast.

The praying mantis is another insect that loves meat. Like dragonflies, they eat both fresh and decaying meat. They scavenge for dead animals including mice whenever possible.

Both domestic and wild animals find mice delicious, either as an occasional snack or as the bulk of their diet.

Find Out More About What Eats What 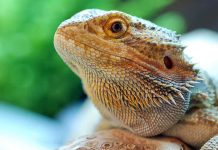