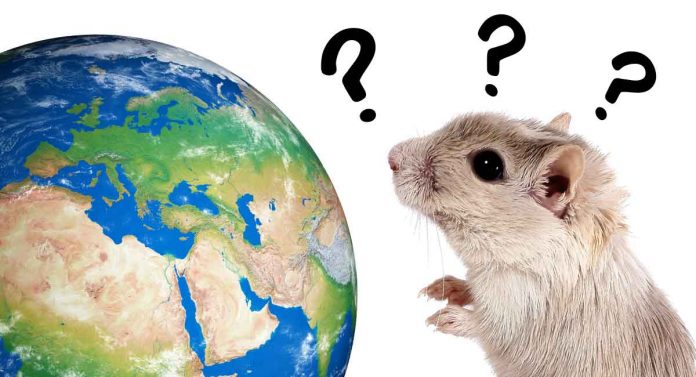 Have you ever wondered “where do gerbils come from?”

These titchy rodents are popular pets across the world.

But where do gerbils come from? And how did they become so popular?

To answer the question of where do gerbils come from, we first need to specify exactly what a gerbil is – and that might not be as simple as you expect!

What is a Gerbil?

A gerbil is actually a number of species, not just one.

In fact, gerbils are a whole subfamily of rodents.

There are approximately 110 different kinds of gerbils, though it is possible that other species have yet to be discovered.

Gerbils are related to mice and rats and are in the same family. However, they differ from rats and mice enough to belong to their own specific subfamily.

In other words, a gerbil is a specific type of rodent, but there are a number of species that count as gerbils.

However, not all of these gerbils are kept as pets.

The most common species of gerbil kept as a pet is the Mongolian gerbil.

Because many species of gerbil come from a different regions, we will talk specifically about the Mongolian gerbil in this article.

Now that we know exactly what gerbil refers to and what gerbil we will be talking about let’s get to the real question – where do gerbils come from?

Where Do Gerbils Come From?

The Mongolian gerbil evolved as a unique species in the steppes of Mongolia.

Mongolia is located in East Asia between Russian and China.

The geography in Mongolia is varied. The Gobi Desert is to the south, with mountainous regions taking up much of the north and west.

Much of the country is grassland steppe, which comprises approximately 11.2% of the total land area.

It was in these steppes that the Mongolian gerbil evolved and became its own species.

A steppe is a large grassland plain without trees. The prairie in North America is a good example of a steppe, even though it is not called as such.

A steppe exists when there is just enough water to prevent the area from becoming a desert, but not enough to support trees and tall undergrowth.

To get a complete understanding of “where do gerbils come from” and understand why the modern gerbil behaves as it does, it is important to look at how the Mongolian gerbil evolved on the steppes.

The Mongolian gerbils developed long legs for running and jumping from predators. There isn’t much cover on the steppes, which makes the ability to run and burrow even more important.

For food, the Mongolian gerbil developed the ability to crack hard seeds and eat plant matter. After all, there are very few food choices in a place that is mostly just covered in grass.

They also developed various water conservation techniques that allow them to stay alive in their generally dry climate. They can use dry food and stores of fat to generate water.

Gerbils do not have many natural predators on the steppes because of the extreme climate. Many of their predators include birds of prey and snakes.

The extreme temperature variance of the steppes also affected the behavior of the Mongolian gerbils.

Because it is similar to a desert, steppes generally have colder nights and hotter days than other geographical locations.

This caused gerbils to become diurnal, which means that they prefer daytime activity.

However, they do often return to their burrows during the hottest part of the day.

As you can see, the answer to “where do gerbils come from” really helps us understand the domestic gerbil’s behavior!

History of the Gerbil

Now that we know the answer to “where do gerbils come from” is Mongolia, let’s explore how these Mongolian gerbils became domesticated.

One of the earliest documented descriptions of gerbils was made in 1866 by Father Armand David.

Father David was a Catholic priest who was a missionary for a short time to Mongolia.

Because he was also interested in zoology and botany, he paid particular attention to the animals and plant life in the region.

He noticed the gerbils, or “yellow rats” as he called them, and sent them to the French National Museum of Natural History in Paris.

From there, they were later given their official scientific name by scientist Henri Milne-Edwards.

The Domestication of the Gerbil

But, if the answer to “where do gerbils come from” is Mongolia, how did they get halfway around the world and become a beloved pet?

It all started in 1954 when Dr. Victor Schwentker brought 20 breeding pairs of Mongolian gerbils to the United States for use in a scientific setting.

He thought that they would make important research animals for a number of reasons.

This environment makes it very easy to house them in an indoor setting as they do not necessarily require much room or sunlight.

In fact, gerbils adapt very easily to indoor living, which makes them very easy to care for.

Secondly, though he did not know it at the time, gerbils make most of their vitamin needs internally, which means that they can eat a variety of foods without experiencing malnutrition. They also have low water needs.

Basically, they are very easy to take care of in a research setting and easily thrive.

Finally, we get to the final chapter of our story about “where do gerbils come from” – how they entered our homes and became pets.

Gerbils were first kept domestically as pets in China, which is close to where they originally evolved.

When Dr. Schwentker brought gerbils over for scientific reasons, some of the descendants inevitably became pets in America.

Nearly all of the pet gerbils in America are descended from these original gerbils.

Later, some were also brought to Britain and other western countries as pets.

Today, selective breeding has resulted in a variety of coat colors.

Where do Gerbils Come From?

As we have discovered, the answer to “where do gerbils come from” is the steppes of Mongolia.

Or, at least, that is where the Mongolian gerbil comes from, which is the gerbil commonly kept as a pet today.

From Mongolia, these gerbils were first brought to the US for research purposes but have since become beloved pets.

Do You Have Pet Gerbils?

Is their background how you imagined it?

Perhaps you have a relative who embraced gerbils when they were only just becoming popular?

If you have any gerbil-related trivia or anecdotes, we’d love to here them in the comments!

Gerbil Vs Hamster – What’s The Difference And Which Is Best For You? 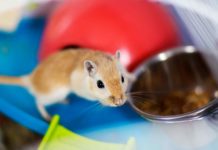 Gerbil Lifespan: How Long Do Gerbils Live As Pets And In The Wild? 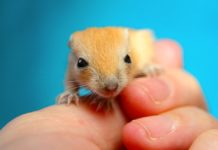 Baby Gerbils – A Guide To Baby Gerbil Care And Development