Octopus lifespan is short. Of the roughly 300 species of octopus, they live on average between six months and five years, depending on the species. Most species live only one to two years. Today we’ll look at why the life expectancy of an octopus is one of the shortest among marine animals. Discover which octopus species live the longest, and whether there is any way to increase the average octopus lifespan.

The octopus is a complex and interesting creature. They have three hearts. Two pump blood to the gills, and a third heart that is larger, moves blood to the rest of the body. In addition to a central brain, each of their eight arms has a smaller brain that allows them to move independently.

Octopuses have no bones, which enables them to fit in very small spaces. They can change their skin color and texture to blend in with their surroundings to hide from predators and are very intelligent, capable of using tools, solving puzzles, and remembering locations.

We know that octopuses have a short lifespan, with some species living a mere six months and others up to five years. If you’re looking for an average life expectancy, it would be about three years.

Larger octopus species tend to live longer than smaller ones. Octopuses that live in colder waters also have a longer lifespan as compared to those who inhabit the warm waters of the world.

Why Is Octopus Lifespan So Short?

The octopus’ short lifespan relates to their reproductive process. As semelparous animals, they have babies once, and then die. Female octopuses can lay up to 200,000 eggs. Of course, that doesn’t mean that all of them will hatch. After laying eggs, the female stops eating and puts all of her energy into caring for the brood. Around the time the eggs hatch, the female will die. Male octopuses don’t fare much better and will expire within a few months of mating.

Baby octopuses, known as paralarvae, are left to look after themselves. If they survive, they’ll quickly grow as they reach deeper ocean levels.

Why Do Female Octopuses Die After Laying Eggs?

The octopuses’ lifespan is one of their least understood characteristics, and there has been much speculation about why female octopuses die around the time their eggs hatch. We know that octopuses breed only once in their lifetime and die shortly after, but we don’t know exactly why.

A mother octopus will not eat or leave her den except to defend her eggs from predators at the end of her life. Once the eggs hatch, it appears that the female octopus dies of starvation, having used up all of her remaining energy to ensure the safety of her offspring.

However, research has found there appears to be a link between the optic gland located between the octopus’s eyes and the inactivation of their digestive glands as the female octopus’ reproductive organs mature. It’s still a mystery why male octopuses tend to die shortly after mating.

The Giant Pacific Octopus inhabits the cold waters of the northern Pacific Ocean, off the coast of British Columbia, up to Alaska, and around Japan. Their average life expectancy is between three to five years in the wild.

The Star-Sucker Pygmy Octopus is the smallest known species of octopus. Measuring less than one inch and weighing less than .04 pounds, this tiny octopus is found in the shallow waters of the western Pacific Ocean and has a lifespan of just six months.

Can Octopuses Live Longer in Captivity?

It depends on the species, but whether octopuses live in the wild or in captivity, they still have a relatively short lifespan ranging from roughly one to five years.

The California Two-Spot Octopus, named for the two bright blue spots on either side of its body that resemble eyes, is a species that tends to do well in captivity, living one to one and half years in the wild but up to two years in captivity.

On the other hand, the lifespan of the Mimic Octopus drops when living in captivity. These amazing shapeshifters can imitate multiple species, including sea snakes and flatfishes.

Can Octopuses Live on Land?

While octopuses sometimes come out of the sea in search of food, they need water to live and breathe and will only survive on land for several minutes. Octopuses take in oxygen through their gills, which they draw from water, not the air. When out of the water, they would only be able to breathe for a short period from the residual moisture on their skin.

How To Increase Octopus Lifespan

Neurobiologists from the University of Chicago discovered that the female octopus has four distinct phases of maternal behavior linked to molecular signals produced by the optic gland.

During the first phase, a mature non-mated female actively hunts and spends time away from her den. The second phase occurs just after brooding. She watches over her eggs and stops actively hunting. During phase three she stops eating, and by the fourth phase, she becomes pale and emaciated before dying shortly after her eggs hatch.

Researchers collected the optic glands from octopuses in each of these four stages. They discovered that before mating, octopuses produced high levels of neuropeptides. These small protein-like molecules have been linked to feeding activity in many animals. But after mating, neuropeptide production dropped drastically.

In 1977, researchers surgically removed both the optic glands of a female octopus. The instinct to watch over her eggs disappeared, she resumed eating, and it extended her lifespan.

How Long Do Octopuses Live?

While most other intelligent animals have relatively long lifespans, the octopus’s life expectancy is short. Some species live a mere six months, and even the longest-lived octopuses have a short life span of five years. 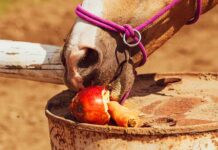 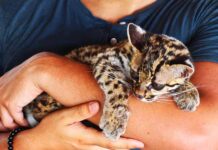 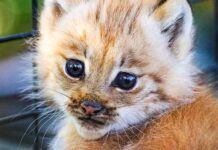