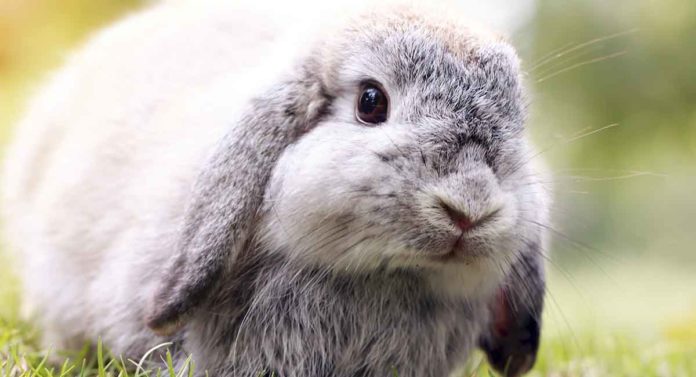 The Holland Lop is the smallest of the lop rabbit breeds.

They have short, dense fur, weigh 2–4 pounds and have the typical floppy ears of all lop rabbits.

Originally from the Netherlands, they have since become popular all over the world for their sweet looks and affectionate disposition.

Welcome to our complete guide to the Holland Lop rabbit!

This tiny bunny is the essence of cuteness due to their cuddly size and floppy ears.

The Holland Lop is one of the most popular rabbit breeds in the USA and around the world.

But do they make good pets?

If you are considering one of these adorable bunnies, you may wonder:

We answer all your questions and more, providing everything you need to know about the adorable Holland Lop!

Where Does the Holland Lop Come From?

The Holland Lop originated in the Netherlands, created by the well-known Dutch rabbit breeder Adrian de Cock, who began the breeding process in 1949.

De Cock wanted to produce a miniaturized version of the French Lop, a large and heavy breed of rabbit highly favoured in northern Europe.

To achieve this, he crossbred the French Lop with the Netherland Dwarf.

The venture initially failed, as although small, the rabbits had upright ears.

By 1964, the Netherlands Governing Rabbit Council officially recognized the Holland Lop as a new breed.

It became extremely popular across Europe, both as a pet and show rabbit.

The tiny Holland Lop made its way to England in 1969 and was introduced to the USA in 1975.

It was officially recognized by the American Rabbit Breeders Association (ARBA) in 1979.

Fun Facts About the Holland Lop

In Holland, the Holland Lop is “Nederlandse Hangoor Dwerg” which translates as Dutch Little Hanging Ear.

The Holland Lop is nicknamed “The Hallmark Breed.”

A Holland Lop named Pui Pui from Tokyo, Japan, is considered the world’s most stylish bunny.

Dressing in an array of outfits, he has a massive following of over 23,000 followers on Instagram!

Holland Lops are small, compact bunnies that have a wide body shape that is stocky and muscular with short, thick legs.

They have flat, round faces and a broad head with a distinctive puff of fur at the back, known as the crown.

This cute little bunny has a pose resembling a cat, where they rest mostly on their hind legs, placing little weight on their two front ones.

Holland Lops are only 2 to 3 inches in height and about 5 to 6 inches long.

They typically weigh no more than 4 pounds when fully grown.

Females tend to be larger than males.

Without a doubt, their most famous features are their lop ears, which hang down either side of the head and frame their adorable faces, only adding to their appeal!

However, their ears do not usually lop until they are about two months old, with some not flopping until the age of three!

Coat of the Holland Lop

The Holland Lop has a short, dense coat of medium length with rollback fur.

When stroked from the opposite direction, it returns to its original position.

Colors of the Holland Lop

One of the most endearing and interesting features of the Holland Lop are the variety of colors and patterns seen in this breed.

These bunnies have bands of colors and dark ticking.

White is around the eyes, nose, mouth, belly, inside the ears, and under the tail.

The self-group bunnies have one solid color which includes:

This group includes colored patches with white in between.

If a Holland Lop is mainly white with only a small amount of color (less than 10%), it is often known as a “charlie.”

These are not ideal and forbidden in showing.

Alternately, a rabbit with too much color (more than 70%) is also not permitted to show.

These bunnies have a white body along with colored points on the nose, ears, feet, and tail.

The eyes are ruby.

Shaded bunnies have darker coloring on their ears, tail, head, and feet with the rest of their body being a lighter shade.

Rabbits with this pattern have a solid color on the head, outside the ears, the top side of the body, and the front feet.

Creamy white with ticking appears on the belly, around the ears, and on the front of the legs and feet.

On black or chocolate otters, the ticking is orange, whereas the ticking on blue and lilac is a lighter fawn color.

The surface color of ticked Holland Lops can be:

These colored bunnies have an even ticking of either silver or gold seen throughout the coat, feet, legs, sides, back, chest, and ears.

This group consists of top coat color and undercoat color.

White is around the ears and eyes, on the belly, and at the bottom of their tails.

The colors in this group consist of:

The Holland lop is full of life and thrives on attention from people.

They are renowned for being more calm, gentle, and docile than other popular rabbit breeds and are easy to handle.

It is vital that this type of bunny has plenty of time away from their enclosures so they can hop about and exercise, preferably outside when the weather is good.

However, the Holland Lop is a curious and intelligent breed that is prone to finding ways to escape, so make sure you have a secure area for them!

Providing toys for your bunny keeps them both occupied and stimulated, thus preventing boredom.

Bucks are generally considered cuddlier and more affectionate than does, who although equally sweet, can be feisty and prone to nipping if nervous or scared.

Unless you plan to breed from your Holland Lop, it is preferable to spay does and neuter bucks.

As a prey animal, it is often difficult to know when a bunny is sick, as they will hide their symptoms.

Daily observation of your pet is essential so you can detect any illnesses or diseases early.

Monitor their eating and drinking habits, check their droppings, and stay vigilant for any changes in their appearance or behavior, feeling for any unusual bumps.

Find a Vet for Exotic Pets

Before bringing a Holland Lop into your home, it is vital that potential owners find a rabbit savvy vet in their area.

Administering anaesthesia to such a delicate creature for surgery is highly dangerous.

As a result, medical treatment for a rabbit is expensive.

With any pet rabbit, they should have a health check with the vet at least once a year.

As the Holland Lop had certain features specifically bred into them, this has made them prone to certain health conditions.

Their small round heads and flat faces often cause sinus issues and eye problems.
It also leads to misalignment of the teeth so they are not worn down when chewing, leading to malocclusion.

This severe condition causes pain and infection, making it impossible to eat, and can lead to gastrointestinal stasis, which is extremely serious, requiring possible surgery.

Feeding plenty of quality hay and grass-based pellets along with providing wood and pet-safe toys to chew helps wear down a bunny’s teeth.

The lop ears of this breed can often mean poorer hearing and having an extra fold prevents air flowing freely.

As a result, dirt accumulates and causes a painful condition called otitis media.

Otitis media is an infection of the inner ear and, if left untreated, can spread to the upper respiratory tract

The Holland Lop is also prone to many of the diseases prevalent in other domesticated rabbits which include:

The lifespan of a Holland Lop is around 7 to 12 years with some living up to 15 years of age.

Spaying or neutering your Holland Lop can help them live longer, as well as improve behavior and prevent certain cancers.

An indoor rabbit is more likely to live longer than one living outdoors, as it is sheltered from bad weather and not exposed to pests, parasites, or predators.

Caring for Your Holland Lop

As well as their main diet of hay and pellets, your Holland Lop should have small amounts of leafy greens along with treats of fruits and vegetables.

Holland Lops only need a weekly brush, but more frequent brushing is required during molting to help stop them ingesting hairballs.

Their nails require trimming once a month.

As an active rabbit, a cage with plenty of room is essential for running around.

It should comfortably fit food and water dishes, litter box, and a box to rest in with plenty of clean bedding.

You should set aside one hour per day for your pet bunny to be let out and have a run around as well as interact with you.

Holland Lops have sweet and gentle temperaments which make them ideal pets for families with older children.

These bunnies require a lot of time and effort to look after properly and careful handling due to their small size and sometimes skittish behavior.

Although the Holland Lop is adorable, we cannot recommend them due to the health problems which have been wilfully bred into them.

Instead of buying a Holland Lop, you may consider adopting one from a rescue center.

Look at animal shelters in your area to find out if they have the breed of your choice.

Quite often their rabbits have already been vaccinated, dewormed, and spayed or neutered.

The shelter allows you time to get to know a bunny before making the final decision to adopt.

When searching for a baby Holland Lop, always go to a reputable breeder who is happy to show you their facilities and provide information about the breed.

Speak to a vet specializing in rabbits for recommendations, or visit rabbit shows to meet breeders from your area.

Rabbits thrive on companionship, so you may consider buying a pair of Holland Lops, preferably of the opposite sex, but they will require spaying and neutering.

When buying a bunny, the breeder should issue a written health guarantee.

Sadly, these bunnies usually haven’t been handled and are often unhealthy.

Find the perfect cage for your Holland Lop whether they live inside or outside, as well as rabbit toys to keep them entertained!

Because of certain features in the Holland Lop, they are prone to specific health issues.

You may wish to consider healthier breeds such as the Rex or the Californian rabbit.

Is a Holland Lop Right for Me?

There is no doubt that the Holland Lop is just about the cutest bunny around, who has the sweetest personality and is easy to handle.

However, they are prone to conditions caused by their small size, lop ears, and flat faces.

We have provided the facts, but only you can decide if the Holland Lop is right for you.

Do you have a Holland Lop? 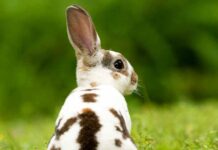 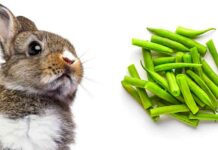 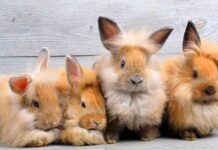 Overweight Rabbit – How To Help Them