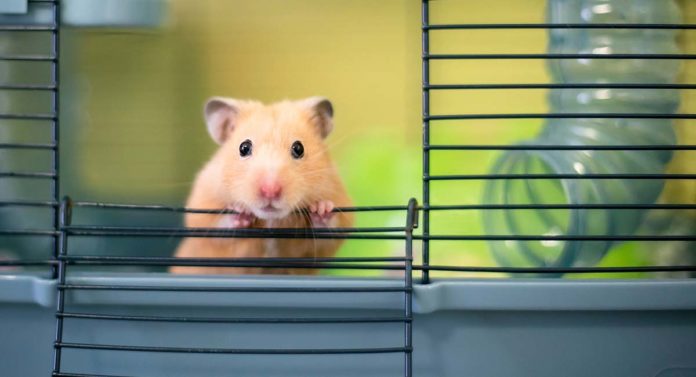 And if that’s your goal, then you’ve come to the right place. Here, we’ve compiled forty fun tidbits and factoids about these adorable little guys, including their history, personality, and habits.

Get ready to wow your friends and family with your extensive knowledge of hamsters!

“Teddy bear hamster” is really just another name for the Syrian or Golden hamster. These larger hamsters make cute and cuddly pets, and are the most popular hamster breed around.

Teddy bear hamsters are low-maintenance and easygoing, so even kids can handle them without much of a problem.

Today we are going to share with you some fun and interesting facts about teddy bear hamsters.

So let’s get started with some teddy bear hamster facts all about his super-cute appearance! 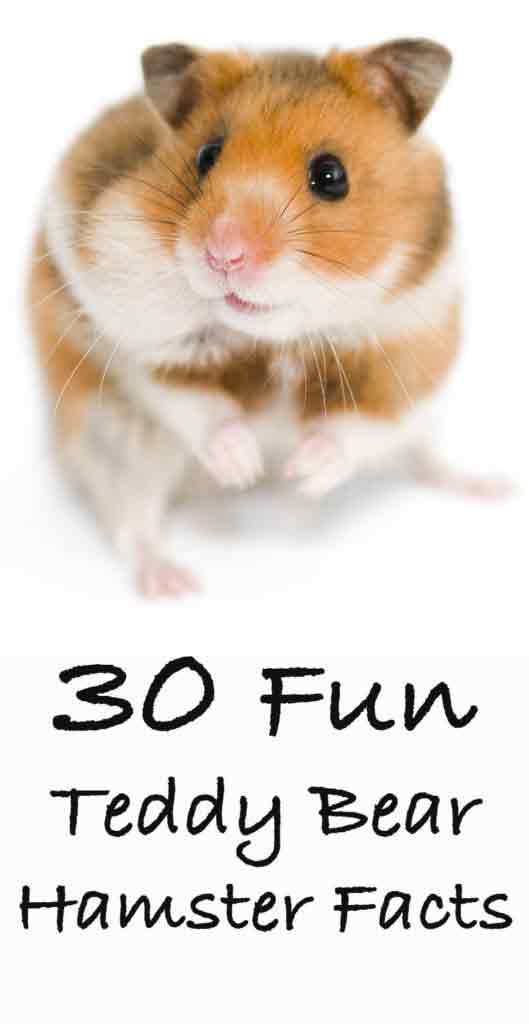 1. The teddy bear hamster is the most common hamster.

2. Teddy bear hamsters are also known as the Syrian hamster or Golden hamster.

3.The Golden teddy bear hamster has round black eyes.

4. Teddy bear hamster sizes generally range between 4 to 6 inches long, though they can grow larger.

5. Syrian hamsters are almost double the size of dwarf hamsters.

Origins Of The Teddy Bear Hamster

These adorable pets have an interesting history, much of which is not known to the average hamster owner. Let’s take a look at some teddy bear hamster facts surrounding their origins as pets.

8. The Arabic name for hamsters roughly translates to “Mister Saddlebags.”

9. Teddy bear hamsters were first introduced into the British pet market in the 1940s.

10. The first British hamster club was formed in 1945, only a few scant years after they were first known as pets!

11. Today, there are multiple national and regional hamster clubs, such as the Midland Hamster Club in England and the California Hamster Association in, you guessed it, California.

Syrian hamsters weren’t always the cuddly domesticated pets we know and love today. They are descended from equally cute, but rather less friendly ancestors.

Our next teddy bear hamster facts take a look at their wild friends.

13. In the wild, hamsters dig deep underground burrows to live and breed.

15. In the wild, teddy bear hamsters prefer to live in warm, dry areas, like sand dunes and steppes.

16. Teddy bear hamsters in the wild like to live alone, without a companion. If they are placed with another hamster, they may attack the other hamster.

17. They have extra skin in their cheeks, which they use to store food and bedding to take back to their homes.

18. During very cold weather, wild teddy bear hamsters may hibernate if they have a surplus of food stored.

19. If there isn’t enough stored food, they will wait until there is a surplus before they hibernate.

Wild teddy bear hamsters have been domesticated into wonderful little pets. These animals are very friendly if handled correctly. 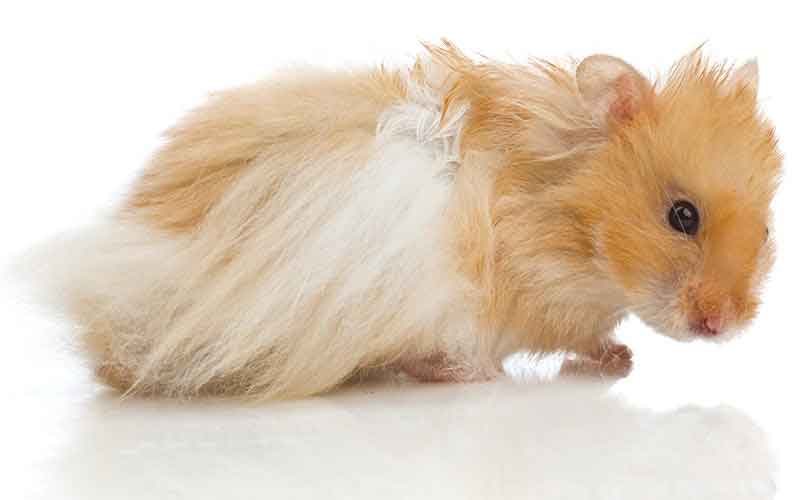 Here are some more facts specifically about our pet teddy bear hamsters.

21. They can eat fruit, as well, but only small amounts because of the high sugar content.

22. The name hamster comes from the German verb, “hamstern,” which means “to forage.” This makes sense because hamsters like to stuff their cheek pouches full of food and carry it back to their burrow to eat later.

23. Pet hamsters like to hide their food underneath their bedding.

24. Teddy bear hamsters might be a large hamster variety, but they are fragile pets that cannot handle a fall. They may get badly injured or die, so treat them gently.

25. Domestic hamsters are good at being escape artists, so make sure their cage is securely latched.

27. The Guinness World Record states that the longest living hamster was 4.5 years old!

Facts About Long Haired Teddy Bear Hamsters And Other Varieties

We’ve already seen that there are lots of different hamster varieties. But you also get a huge range within the teddy bear hamster crew.

29. The male teddy bear hamster has a long fur coat around its neck, which parts down the back, whereas the female is fluffy.

30. There are over 40 color varieties of teddy bear hamsters.

We want to understand our pets as much as we can. These teddy bear hamster facts might explain some of their behavior a little bit more! 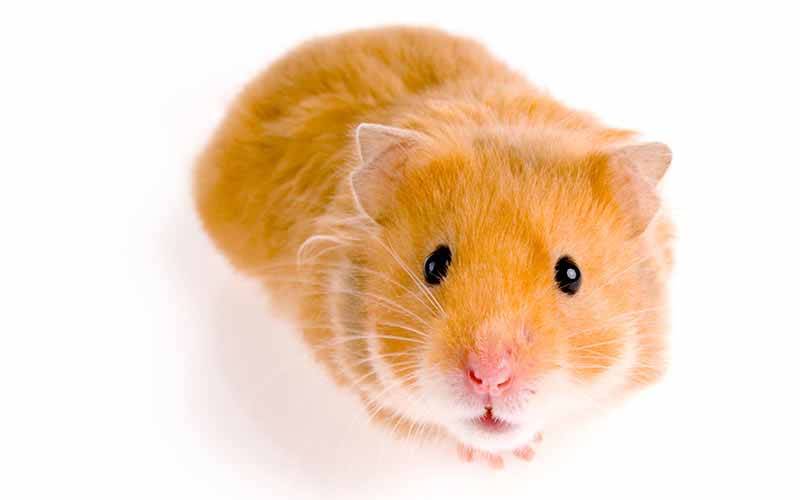 32. Teddy bear hamsters will bite if they are scared or startled, especially if you wake them up while they are sleeping. So make sure to speak to them to wake them before you reach into their bed.

33. Teddy bear hamsters are nocturnal, meaning they sleep during the day and are active at night. This is true of both wild and domesticated hamsters. It makes sense, too, because their original homeland, Syria, is quite hot during the day and much cooler at night.

34. Hamsters have very poor eyesight, so they rely on their scent glands on either side of their hips to find their way around. The scent gland location is called “hip spots.” They rub their hips against objects, and then sniff their way back. Since they have poor eyesight, they may easily fall off of a table or sofa if left unattended, so be sure to keep a close eye on them.

35. Teddy bear hamsters also use their scent glands as territory markers and to show they are ready for mating.

36. Their teeth grow continuously, so they require something hard to gnaw on like wood or twigs to keep their teeth short. If they have nothing to chew on, their teeth will keep growing and might even injure them.

37. A mother hamster is fiercely protective of her baby teddy bear hamsters. So if she feels threatened, she will stick them in her cheek pouches and carry them somewhere safe.

Here are a few notables about hamsters to share with your friends, the next time you get involved in a hamster-heavy conversation.

40. All types of hamsters, including teddy bear hamsters, need a large enough cage to run around in. But since Syrian hamsters are the largest breed, we recommend a cage that is at least 12 x 30 inches.

Teddy bear hamsters are undeniably adorable. And now you know that they’re quite fascinating in terms of history, behavior, and personality, too!

But there’s no hamster quite as fascinating as our own pet.

Do you have any stories about your teddy bear hamsters that you’d like to share with us?

We would love to hear it in the comments section below!

GET OUR HAMSTER NEWS!

Delivered to your inbox 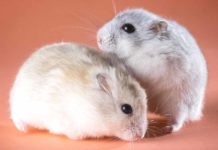 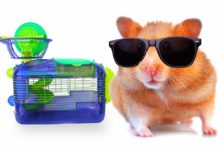 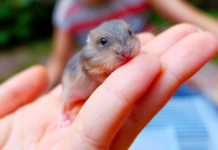 Where To Buy A Hamster – The Best Places To Get...

What Do Rabbits Eat? A Complete Guide To The Best Food...