The Asian forest scorpion is a name for several scorpions in the Heterometrus genus. Scorpions are quite unusual pets, but they can be rewarding and fascinating! Asian Forest Scorpions have mostly black bodies, and can grow up to around 6 inches long. They are best housed alone, as they can be aggressive. But, this doesn’t mean less work for their owners! They still have plenty of important care needs that owners have to get right, including diet, enclosure size, and more!

What Are Asian Forest Scorpions?

Nowadays, these scorpions are also becoming increasingly popular domestic pets. This doesn’t mean they’re right for every home. But, for owners that have plenty of time and space to dedicate to their care, this interesting scorpion can be a wonderful companion.

Asian forest scorpions usually grow to be somewhere between 3.5 and 6 inches in length. But, 5 inches is more common. They have two large pincers at the front of their bodies, and won’t hesitate to use these as protection when they feel threatened or unsafe. Males and females can be distinguished by their tail and pincers, which are larger and longer on male scorpions.

Asian forest scorpions have a tail with a stinger at the very tip. They are black over most of their bodies, apart from the tip of their tail and stinger, which is often a red-brown shade. If you look very closely, you’ll notice short, stiff hairs on their body, which these scorpions actually use to feel their way around.

Regular handling is important, so your scorpion is used to the process and less likely to act in defence when you pick them up! Work at their pace, when they’re already awake, and don’t handle them for too long. If they appear stressed or unhappy, it can be a sign they’re ready to go back in their enclosure.

Although these scorpions are best kept alone, they need plenty of space. Choose a large tank enclosure. They will need 3 to 4 inches of safe substrate along the bottom of their enclosure. Some great options include potting soil and peat moss. On this, you should provide hiding places, such as rocks and logs. Some scorpions will also burrow in their substrate to hide and cool off if they’re feeling too warm.

Your substrate is best kept damp, as this will increase humidity in your scorpion’s environment. But, you don’t want it damp enough that water will seep out. Keeping your substrate wet rather than damp could lead to fungi growth. If you use a heat mat, it’s best to place this on one side of your enclosure, rather than on the floor. Your scorpion won’t be able to escape the heat and cool off by burrowing into their substrate if there is a heat source below.

You will need to keep their enclosure clean, spot cleaning on a regular basis. This will ensure that no food remains in their tank. Uncleaned food items can lead to mould and parasites in the tank.

What Do Asian Forest Scorpions Eat?

These scorpions are carnivorous animals. They will particularly enjoy insects like crickets, cockroaches and mealworms, as well as food like spiders. This type of diet is high protein, which is ideal for an Asian forest scorpion.

As well as this diet, these scorpions need constant access to water. This should be in a very shallow bowl in their enclosure. If the bowl is too deep, there is a risk that your scorpion could drown.

These scorpions are venomous, but the venom in their sting is very mild. So, if your scorpion stings you during handling, it’s likely you’ll feel it, but it shouldn’t cause any real damage! Symptoms of a sting can include redness and some tenderness or swelling. But, a sting from an Asian forest scorpion won’t be fatal.

The main instance in which a sting could be dangerous is if the person who is stung has an allergy. But, in most instances, these scorpions are more likely to pinch you than to sting you.

Asian forest scorpions are not short-term pets in most cases. These scorpions can live up to 8 years in captivity. To extend their lifespan, give them the best daily care possible. This includes a clean enclosure, the correct diet, and veterinary checks when necessary.

Handling your scorpion regularly is important so you can view any injuries. But, you should also observe your scorpion’s behavior when possible. As nocturnal creatures, this can be difficult. But, changes in behavior are usually the first sign that something is not right with your scorpion.

When given the right care, Asian forest scorpions can be great pets. However, they won’t suit every home. Proper tank setup is important for your scorpion’s health and wellbeing. Not providing a safe substrate for burrowing can put your scorpion at risk of overheating, and providing the wrong dish can put them at risk of drowning.

These scorpions are nocturnal creatures. So, they will be the most active at night. They are generally not very noisy pets, so likely won’t disturb you when they’re moving around. But, they won’t suit people who want a pet they can interact with throughout the day.

On top of this, they will need a high protein diet, primarily made up of insects. Not all owners will feel comfortable feeding their pets live insects, but as long as you’re comfortable with this, an Asian forest scorpion could be a great option for you.

Asian Forest Scorpions – Are They Right for Me?

The Asian forest scorpion won’t suit everyone, but in the right home, they can be a great pet. They can be a little more aggressive and territorial than other types of scorpion. But, with regular, gentle handling, they’ll usually become more comfortable with your touch and less likely to pinch or sting. 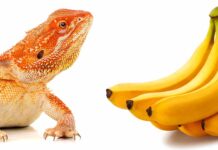 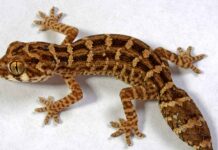 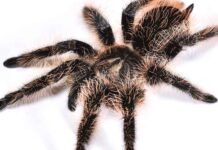