Panda names can be as cute, cuddly and silly as they are! These adorable black and white bears are funny, clumsy and surprisingly active. Their names can be inspired by their nature, characteristics, colors or behaviors. They can also come from famous panda cartoon characters or celebrities. Whether you are looking for names for your panda toy, a black and white dog or cat, these panda names will suit them perfectly.

Though endangered, Panda Bears are some of the most popular and unique bears in the world. Pandas are famously seen as being lazy yet lovable. It’s no wonder you might be considering Panda names for your furry family member, stuffed animal, or adopted Panda friend. When it comes to choosing Panda names, there are countless options. But which names are best? We’re here to help with some great names for Pandas.

The Panda is a species from China. This bear is unique in its black and white coloring, relaxed personality, and insatiable appetite for bamboo. Though Pandas are often seen as sweet and cuddly, most experts warn that these beautiful bears are designed like most other bears you might encounter; they have sharp teeth, sharp claws, and an affinity for meat!

Sadly, Pandas are considered at risk animals. In fact, there are less than 2,000 Panda bears left in the wild. With that said, Pandas have recently been removed from the endangered species list.

Still, with Pandas being at-risk and with their environment facing increasing amounts of destruction, Pandas still need our help. If you’re considering symbolically adopting a Panda bear, or if you simply have a pet or stuffed animal that reminds you of a Panda, we’re here to make your job a bit easier.

The “best” Panda names are names based on a Panda’s characteristics, personality, habitat, and overall essence. These names have been chosen and compiled to elicit all the feelings or visions one might conjure when thinking of a Panda bear in general.

With that said, the word “best” is a relative word that could mean different things to different people. Tell us what you think about our list of best Panda names below.

Girl Panda bears are quite special. Somewhat smaller than males, female Pandas take about seven years to reach sexual maturity. At this point, they can give birth to two cubs a year.

Though some female Pandas have been known to produce twins in captivity, it’s rare for the phenomenon to occur in the wild. Furthermore, while it is widely assumed that Pandas are not the best when it comes to breeding, the truth is that in the wild, these animals are quite capable of breeding and producing healthy, viable offspring. In honor of the amazing female Panda, here are some of our best female Panda names.

Male pandas are known to be characters. Laid back and comfortable, these clowns of the forest have been caught “relaxing” by doing handstands against trees! Though they are about 18% larger than their female counterparts, they’re certainly not the largest bear species in the world.

Despite their name, Giant Panda Bears only weigh up to 220 pounds. That’s quite small when you consider that their brown bear counterparts can outweigh them by up to 1,000 pounds! But that’s no reason to count the Panda out. And if you’re looking for some masculine, tough sounding Panda names, we have you covered.

Most of us are aware that Pandas are hilarious. Watch almost any Youtube video showing Pandas and you’ll get to chuckling. These clumsily, somewhat lazy animals are famously funny, so why not pick a Panda name that is as silly as these bears are? Here are just some of our favorite funny names you can choose from.

Along with being funny, Panda bears are notoriously cute. Though they are large bears, they are considered sweet natured, even-tempered, and endearing. This list perfectly sums up the cuteness that is the Panda bear.

While Pandas may not be known for being tough, they are still bears at heart. In fact, male Pandas can even become aggressive during mating season. Still, it’s quite rare for Pandas to show aggression towards people, and in fact we could only find three reported attacks on humans from Pandas in captivity. Of course, just because the Panda isn’t really that tough doesn’t mean we can’t provide you with some tough sounding Panda names. Take a look!

Pandas are certainly one of the most famous bear species in the entire world, so it should come as no surprise that there are several movies, books, and tv shows dedicated to the amazing Panda. There are also a few historically famous Panda names listed below that you won’t want to ignore, especially if you’re looking for a Panda name that has already made a mark.

Last but never least, we have some of the coolest Panda names around. These names are all things awesome, and awesomeness is certainly an adjective that describes the Panda to a T. See for yourself!

Picking the perfect Panda name may seem like a chore, but the process should be fun. Whether you are looking for the perfect name for your dog or cat, or if you’re naming a stuffed animal or any other creature or toy, remember to choose a name you love.

There are no rules to naming, and the whole point is to provide something you adore with a sense of identity and belonging.

Enjoy yourself and be sure to tell us which of the above names were your favorite in the comment section below. 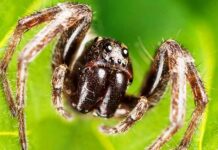 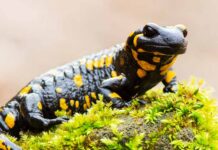 Animals That Live In A Lake 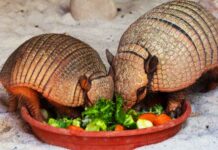