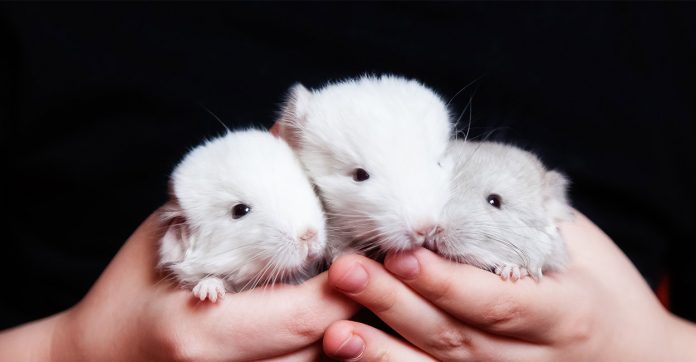 Want to know all about chinchilla colors? You’re at the right place.

Chinchillas are known for their incredibly soft fur.

Chinchillas have only been available as pets since the late 1920s, and breeders have come a long way since then.

We’ll explore some of the history behind the chinchilla coat, and how breeders produce different color chinchillas. We’ll also note how careful chinchilla breeding may create even more new colors in the future.

Chinchillas now come in a variety of colors, but wild chinchilla have mottled, yellow-gray coats. This helps them blend in with their natural habitat in the Andes mountains, where they live in burrows or rock crevices in the relatively barren landscape.

All of the chinchilla colors we see today are genetic mutations descending from this color.

Domestic chinchillas in the U.S. are actually descendants of just 13 chinchillas brought to the States in 1927.

Selective breeding has changed the color of chinchillas from yellow-gray to a range of colors including white, beige, black, sapphire, violet, charcoal, and velvet, but the most common color is a dark blue gray.

This blue-gray is the dominant color in chinchillas.

Your chinchilla’s eye color is also dependent on their coat color. Chinchilla eyes can be black, pink, or red, depending on how their genes express themselves.

The genetics behind different color chinchillas: dominant vs. recessive

Have you ever wondered how different chinchilla coat colors happen?

The answer is in their genes.

The genetics behind chinchilla coat colors get complex quickly, but the basic concept can be understood using two types of genes.

Simply put, some coat colors are dominant, while others are recessive.

Two dominant or two recessive genes is a homozygous pairing, while a dominant and recessive pairing is heterozygous.

If you remember taking biology in high school, you may have learned about Punnett squares.

These squares are used as a teaching tool to illustrate what happens when two pairs of genes come together to create a third. The dominant gene is referred to with a capital letter (A) and the recessive with a lower case (a).

Let’s look at a white chinchilla. White is a dominant color, but the chinchilla could be carrying a recessive gene from one parent for another color, like sapphire.

Lighter colors, like sapphire, have been further mutated from the natural color by a mutated allele that causes dilution. This dilution mutation lightens black pigment, creating a blue color.

Unfortunately for those of us who struggled with biology, dominant and recessive genes are not the only factors that come into play.

There are only two pigments a chinchilla can express: black or yellow. White is actually the absence of pigment, which is why chinchillas with white coloring often have red or pink eyes.

The sheer variety of color suggests that there is more going on, however. That is because these pigments are expressed differently depending on a family of genes called the “color genes.”

These genes determine how those pigments are expressed, to what degree, and where. They are the reason some chinchillas have fur that expresses different colors and patterns at the same time.

This also explains why most chinchillas have a shaded appearance, like the color beige, while others are a solid color, like a homozygous ebony or white. 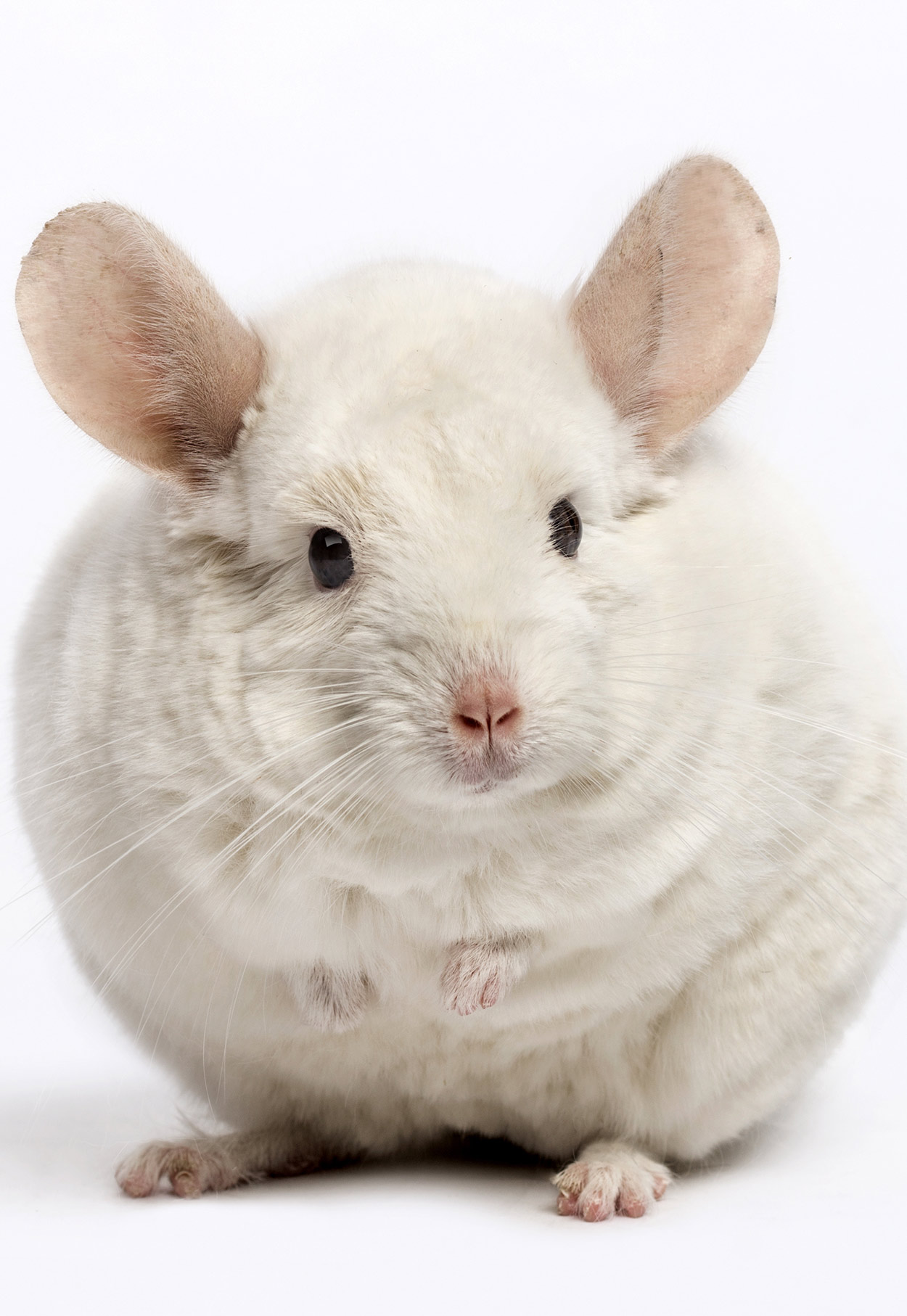 As we already mentioned, the most common color found in chinchillas is a blue-gray color. This color is called standard gray and is what most people picture when they think of chinchillas.

Breeders, however, often produce a variety of colors, some of which are quite rare.

These colors can usually only be found in chinchillas from an experienced breeder, but you may find them at a chinchilla rescue, too.

If you’re a chinchilla enthusiast who appreciates rare colors, you’re in luck.

More chinchilla coat colors will undoubtedly arise as breeders continue to experiment with different crosses, giving you plenty of new possibilities to look forward to.

What colors do chinchillas come in?

Let’s take a look at some of the chinchilla fur colors you might see.

Chinchillas come in a variety of colors, with breeders producing new combinations over time.

Some of these colors are rare, while others, like Standard Gray, are quite common.

With a basic understanding of genetics, you can navigate the world of chinchilla colors to better understand your pet.

Just remember that no matter the color, your chinchilla still needs access to dust baths, a healthy diet, and a calm, clean, quiet living environment.