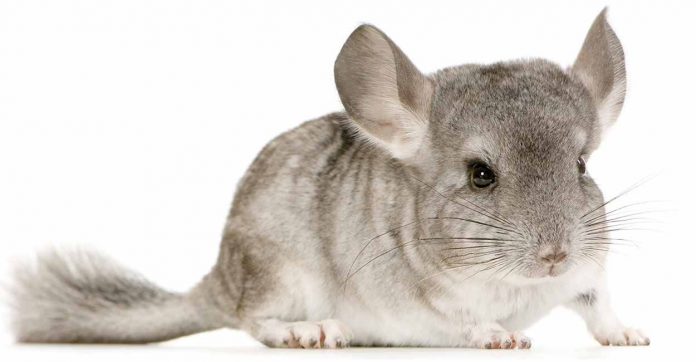 Check out these adorable chinchilla names! We’ve catalogued over 100 good chinchilla names for you to choose from. We’ll give you top tips for choosing the right name, and inspiration for coming up with unique ideas of your own.

Chinchillas are wonderful pets to have. They grow to be up to 1.8 pounds and 15 inches long. They can also survive 20 years or more, though their average life span is more like 10 years. In the wild they are very active around dusk, but as a pet they will most likely adapt to their owner’s schedules.

All of these traits make them a wonderful choice if you’d like a pet rodent, but want something more active and longer lived than a smaller rodent. In fact chinchillas even live longer than guinea pigs (you can read our article comparing the two here). And since they’re going to be around for a while, it’s important to give your chinchilla a perfect name!

To start, one of the best ways to find good chinchilla names is to look at some of their unique and charming traits. For instance, they keep clean by taking dust baths! Out in the wild, they would roll in volcanic ash to keep their thick coats clean, and they require a dust box when kept as pets.

They’re also little speed demons. They love to dart around rooms and need space to run. Chinchillas’ tails help them balance as they leap around like little acrobats.

Well, chinchillas also make some very unique noises. They range from an average squeaking noise (listen to it here) to a loud barking sound when they get annoyed (listen here).

Chinchillas hail from the Andes Mountains of South America, located from Southern Peru to Chile, calling the rocky, arid space home. They live in little colonies with their own kind. Already you can see some naming possibilities emerging, like South American names, for starters. Now let’s dive into our lists of all the best chinchilla names!

We’ll start with the fact that chinchillas come from South America. Why not look south of the border for adorable South American-themed names? A good way to find chinchilla names is to go with terrain and geography names from the Andes Mountains. You can also try Spanish words that make good chinchilla names.

Another solid option for naming your chinchilla is to go for South American/Spanish names, since that’s where they are from. This is a pretty straightforward method. If you have a girl chinchilla, simply look at the top Hispanic girl baby names from any year you fancy. Below are some ideas that could make cute girl chinchilla names. 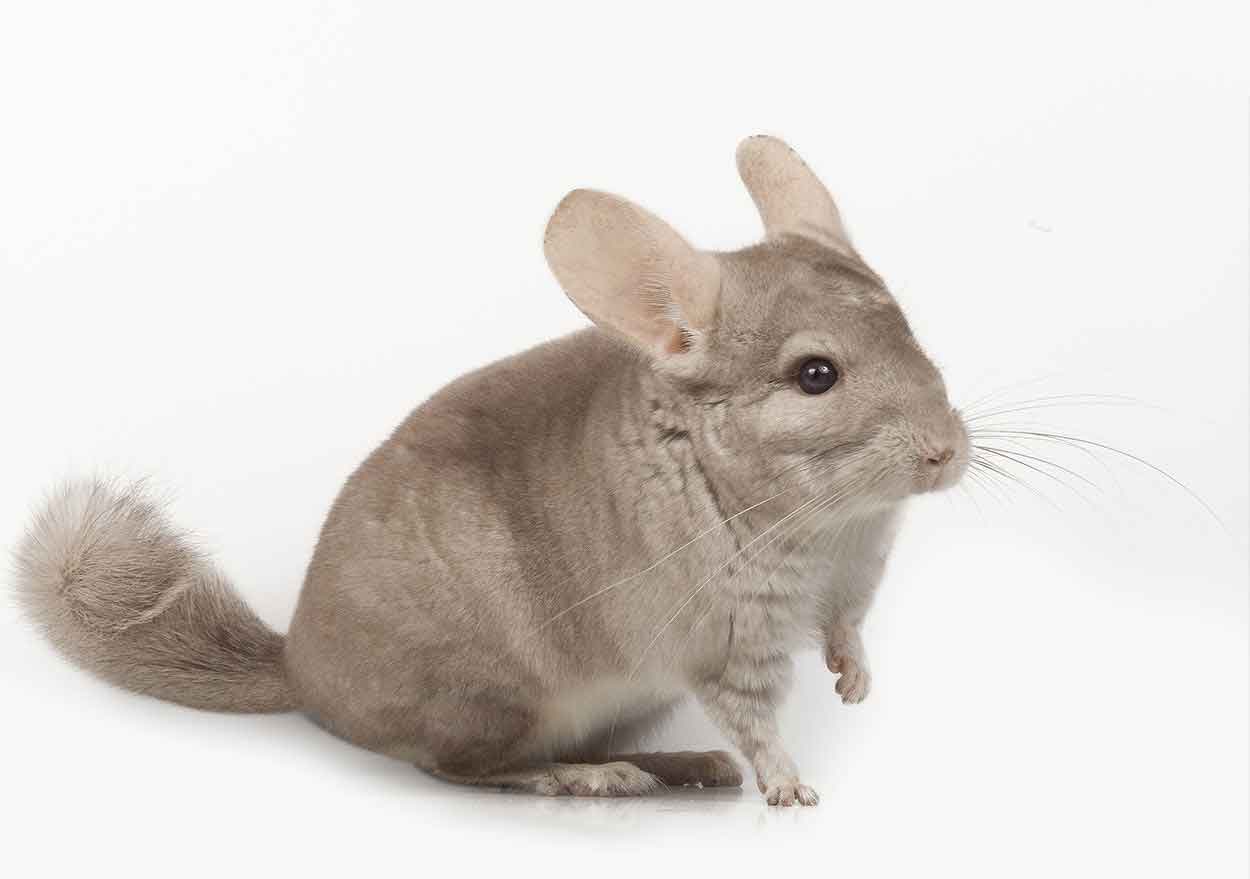 Of course, if you don’t want to be quite so human about it, you can also go with cute pet-names for your pet chinchilla. Here are some good chinchilla names that come from physical or behavioral traits of the chinchilla, like Button after their cute button nose.

Nothing will bond you to your pet faster than using some humor to name her. You can go with their traits, like if your chinchilla is particularly sleepy during the day, you can go with something like Lazy. Or he might be a speed demon, and that could inspire you.

There are also good ideas to mine from pop culture, like Dumbo, because of chinchilla’s large ears. Possibly the oddest thing about the chinchilla is the sort of barking sound they make, which can sound like a strange laughter, hence Giggles. These are our pick of funny chinchilla names:

Chinchillas are social animals which live in colonies out in the wild. So you may want to get a pair of them to keep each other company. Read more about whether chinchillas can live alone here.

Getting a pair of chinchillas opens up the territory for some truly good chinchilla names. Any classic pairing from pop culture can work, and choosing your favorite characters as names is a great way to instantly bond with your new chinchillas (in addition to playing with them and holding them, of course).

Sticking with pop culture, a great place to find chinchilla pet names is from Pokemon. This franchise is great at coming up with cute character critters that are based on rodents. There’s even Minccino, affectionately dubbed “the chinchilla Pokemon.”

Chinchillas have even also managed to rise up as Instagram stars and make their way into commercials, lending even more naming ideas. Then you have other characters that are actually chinchillas (like Thunderbolt in Sonic the Hedgehog) or characters who seem vaguely chinchilla-ish because of their large ears (like Stitch).

Naming your chinchilla for their personality traits

A great way to name any pet is to find a defining trait (the cuter the better) and base a name off of it. The fact that chinchillas are weird little animals that use dust to clean themselves is ripe for some cute names. And like all rodents, they love to explore by chewing, so right there is a great name idea.

Then you’ve got their physical traits, like how pudgy they look, their thick coats or even their curled tails. What about these cute chinchilla names?

Want your cute little chinchilla to ooze cool with his name? There are tons of human names that just sound cool. There’s little rhyme or reason to finding a cool name. When something sounds cool, you just know. Though names starting in an X or Z help the coolness factor. So below are some cool names that would make good chinchilla names.

If you have a white chinchilla, that alone is easy inspiration for some amazing chinchilla pet names. The key here is to look at things that are white and take some inspiration from those. One of the best places for inspiration is anything snow related.

But we didn’t stop there. You can end up with some truly cool and cute chinchilla names by getting creative with white items. See below for what we mean.

Along the same lines, grey chinchillas are ripe for some easy name inspiration. Just about anything that’s grey is great for chinchilla pet names. For instance, anything related to smoke, ashes or rocks is a great idea. You can even go for other shades of grey/silver as a name.

As you can see, you don’t need to look far to find great chinchilla names. One of the main ways to name your chinchilla is off her characteristics. That can mean naming her from her physical traits, her species background in the Andes Mountains, the way she behaves or even the noises she makes.

Then there’s the wide world of pop culture, or finding a human name you really love. And what about naming your pet rodent after the most straight-lined, average human name you can find, like Richard Chinchilla? My personal favorite idea of all time for chinchilla pet names has got to be salt and pepper for a white and grey chinchilla pair. It’s just so spot on. 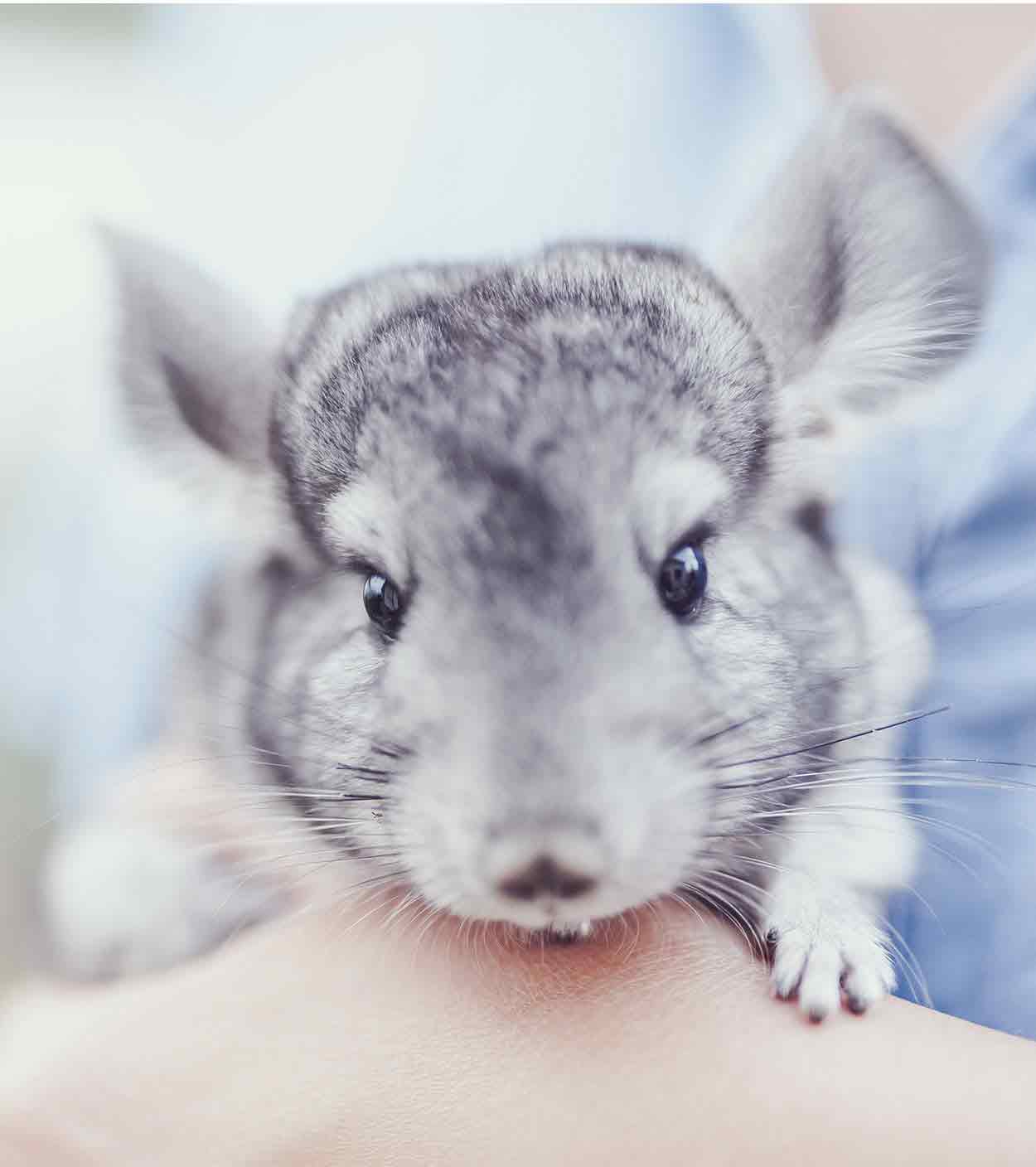 What are your chinchillas called?

Have an amazing chinchilla name you’d like to share? Introduce us to your chinchillas in the comments section below!