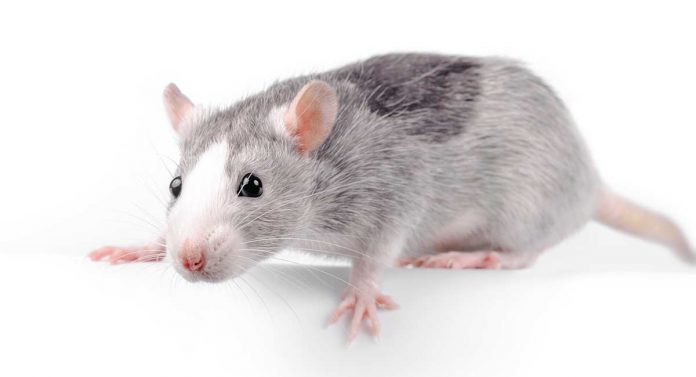 Rat colors come in an amazing array of shades and patterns. But they all follow specific genetic guidelines.

Because the laboratory rat, or Rattus Norvegicus, was the first mammal used for laboratory research, the study of the genetics of rats had an early start.

The genetic study of the rat has given us a plethora of information regarding its inheritance of many traits.

For this article, we will focus on the inheritance of coat color, as well as some possible colors that your furry little pet may come in.

The role of genetics

Remember the big B, little b chart in biology? That is an illustration of Mendelian genetics.

In the 1860’s Gregor Mendel published a paper on plant hybridization that has become integral in describing genetics.

In theory, you could use a Punnett Square, which is a visual representation of Mendelian genetics, to determine prospective rat colors.

By determining which traits are dominant and which are recessive you could predict the color of a rat’s coat.

Place the phenotype of each parent across the top and along the left side of the chart. For simplification, let’s say that both sets of grandparent rats are white and black.

The black would be dominant in the parent rats’ phenotype. Use capital letters to denote the dominance of rat colors.

We now know that there are other factors in determining the shades of rat colors.

The rat’s color has two basic pigments, eumelanin (black/brown) and phaeomelanin (yellow/red) but there are many factors of influence for that color.

The location of the gene on the chromosome (or locus), as well as polygenes, influence the exact shade that will appear on the resultant rat pup.

The locus of each gene on the chromosome is unique in each rat and provides a map that will describe what each rat will look like. Polygenes are modifying genes that cause variations in rat colors.

These two things are what give rats all their wonderful shades. 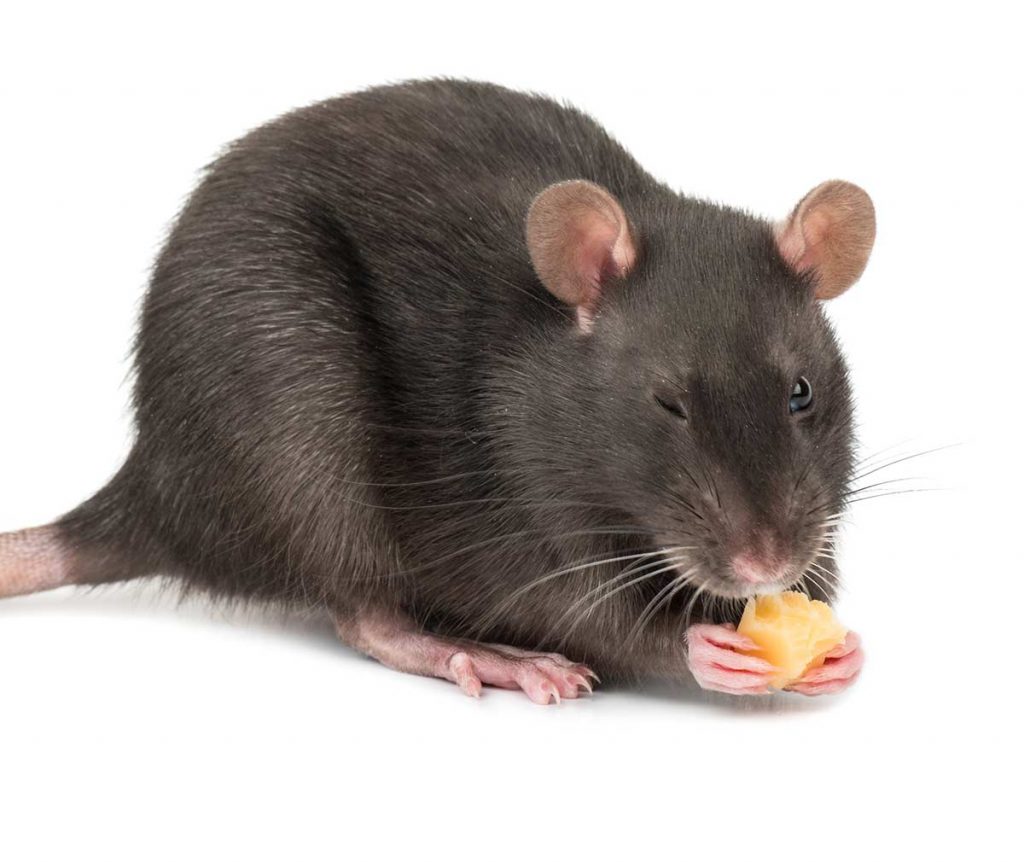 Tameness vs Rat Color: Is There a Link?

Eventually over 73% of the rats had white bellies. At the same time, solid color rats disappeared almost entirely from the population.

In a control group of rats not selected for tameness, no more than 10% of piebald rats emerged and many of them only had small patches of white.

The conclusion is that the degree of tameness corresponds with depigmentation of rats’ coats. In other words, rats with more white in their coats were determined to be more tame.

White rats come in two types, a pink-eyed (albino) and black-eyed white. The pink-eyed white, or PEW, is the first mutation of rat, for which it was then specifically bred.

They were likely the first rats introduced as pets and now, with millions of laboratory rats selected for albinism, it’s no wonder they are so common.

PEWs tend to have even weaker eyesight than their pigmented rat counterparts, who already have poor eyesight. They tend to bob and sway to catch scents and motion.

They also have an impaired sense of smell and impaired motor skills, making them clumsier.

White rats do, however, have a similar lifespan to pigmented rats.

The hooded rat is a descendant of the brown rat. Greater domestication produced more hooded rats, which are more interestingly patterned than brown rats.

These were then further bred for their looks.

The black and white hooded rat is the most common type, bred prolifically around the world.

Blue hooded rats can be found in a light grey to a darker steel blue. They will not have any lilac, silver or brown in their coats.

The hooded rat can also be found in chocolate, champagne, orange and red, and Agouti.

As with a Siamese cat, Siamese rats have darker faces, ears, feet and tails. In a process called acromelanism, darker colors emerge in colder areas.

This means places on the rat that have a tendency to be cold, like the feet, ears, face and tail, have darker fur.

The Siamese gene is recessive, meaning to get an all Siamese litter, one would have to breed two Siamese rats.

If you breed a Siamese to an albino, the result would be Himalayan rats! 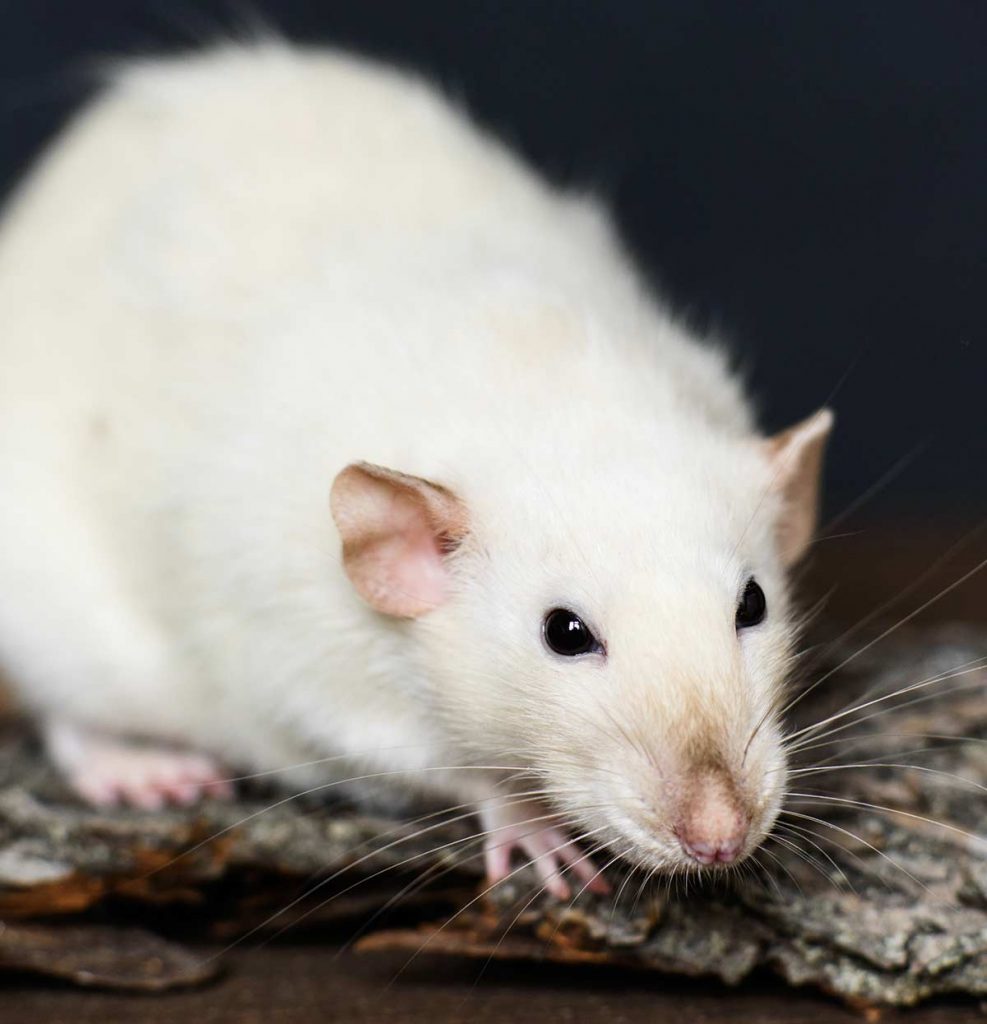 The ideal Agouti coloring is a rich chestnut with dark grey at the base, mixed with black. The Agouti’s belly will be silver.

A Dumbo rat’s distinguishing feature is their ears, much like their namesake, Dumbo the elephant! Dumbo rats’ ears are larger and circular, sitting lower on their heads than non-Dumbo rats.

The Dumbo gene is recessive, needing one copy from each parent to produce a Dumbo. They can, however, be combined to produce any type of coat color or texture. 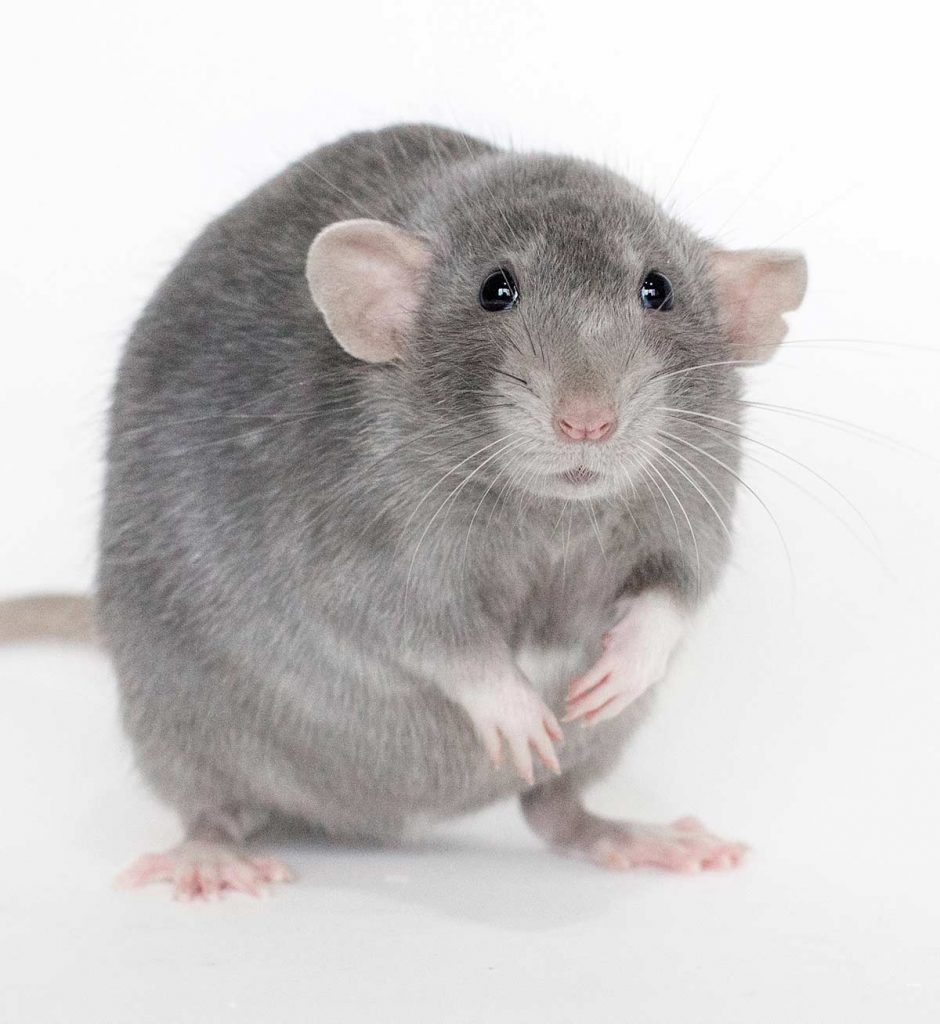 The Russian Blue Rat is a newer color of rat, first appearing in the 1990’s and not standardized until 1997.

They have a very distinctive slate blue color, very similar to blue mice and cats. The color of each hair is unevenly dispersed along the shaft, making the tips darker than the base.

Berkshire rats have two colors, a top color with a white belly. The top color can be any color from black to grey, brown or fawn.

There needs to be a strong delineation between the top color and the white belly. A black Berkshire rat has, in addition to the white belly, white feet and tail as well.

It doesn’t matter what color rat you get, you can be assured that they will make an awesome pet. Rats are loyal, friendly, playful and charming. They are clean, smart and will form a lifelong bond with their owners.

With all of the amazing shades of rat colors available, there is sure to be a color or pattern that strikes your fancy.

Do you have a pet rat or a preferred color for a pet rat? Tell us in the comments! 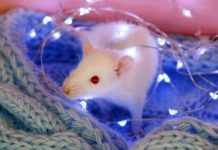