There are at least 18 different types of cockatiels. Their colors are the main feature that sets them apart from one another.

The most common type of cockatiel is called the ‘normal grey’. But some types are very rare and highly prized indeed.

These rarer types of cockatiels and their unique colors are caused by one or more mutations in the normal pigment-producing genes. Breeders deliberately replicate them because they look good.

Ready to find out which types of cockatiels are best for you?

Cockatiels are a small species of parrot, originally native to Australia.

Thanks to their sociable nature, ease to tame, and ability to mimic human words, they have gained popularity all over the world as pets.

Captive cockatiels can live long past their 20th birthday, so they’re a significant commitment. But for many people it’s still more achievable than, say, an African Grey Parrot, which might live for 60 years!

All types of cockatiels reach just about a foot long from the top of their head to the tip of their tail.

All together, their size, lifespan, and chatty personality means the cockatiel is widely bred and enjoyed as a companion bird.

And this has given rise to all the types of cockatiel we now enjoy.

How The Different Types Of Cockatiels Are Created

Whenever two animals mate, their DNA is replicated in their offspring.

Inevitably when copying so much information, tiny mistakes are sometimes made.

All types of cockatiels are the results of tiny mistakes in the genetic instructions for making pigment in their feathers.

In the wild those would usually get overridden again in the following generation and be lost.

But in captivity, if a breeder likes how the mistake looks, they can capture it and recreate it in future generations – and the result is a new type of cockatiel.

Species vs breed vs type

In fact, they are neither!

Cockatiels all belong to the same species. Their official Latin name is Nymphicus hollandicus.

That means they’re all capable of interbreeding (compared to say, a Roborovski hamster and a Syrian hamster, which are different species and can’t).

The different types of cockatiels don’t count as separate breeds either. Breeds are different categories of the same species which have distinct, predictable, looks and temperaments.

They might be different shapes or sizes, or have exaggerated innate instincts which make them successful at particular types of work.

Besides their coloring, all types of cockatiel essentially look and behave the same.

So at the end of the day, ‘cockatiel types’ really just means ‘cockatiel colors’. And another term people use to mean the same thing is ‘cockatiel varieties’.

So now we know what people are referring to when they talk about types or varieties of cockatiels, let’s take a look at some examples.

This is just a brief introduction to all the possibilities – you can read more about them here.

Three of the most common cocktail varieties are:

The most common type of cockatiel is the normal grey.

This is the ‘wild type’, which literally means the type occurring naturally in the wild. If you’ve ever been lucky enough to visit Australia, you might have seen them living there!

Male normal grey cockatiels are a soft, uniform grey color, with white edges to their wings, a bright yellow face, and warm orange cheeks. Females are the same, but their face is grey, not yellow.

Lutino cockatiels are very eye-catching and sought after.

They have a genetic mutation which means they can’t produce grey pigment.

So their bodies are snowy white all over, with just yellow and orange markings on their head.

Pied cockatiels were one of the first mutations to be captured by breeders.

They look like normal greys, but with extra areas of white in their plumage, known as a ‘wash’.

Pied can be heavily washed with white (have a lot of it) or lightly washed (have only a little extra than usual).

Part of the appeal of pied cockatiels is that no two ever have the same distribution of white patches, so they all look unique.

On the other hand, these are three of the most unusual cockatiel varieties:

Cockatiels are most recognizable by the round orange patches on their cheeks.

So much so, that for a long time lutino birds – white, but still with orange cheeks – were referred to in the community as albinos.

Because losing the orange cheeks as well was unthinkable!

But now it has happened. In fact, there are a few types of cockatiel with white faces.

But only the unusual albino is is perfectly white all over.

Recessive silver is one of the oldest color mutations in cockatiels, but really good examples remain rare and highly desirable.

Cockatiels with the recessive silver mutation follow the normal grey pattern of coloring, but they produce less grey pigment, so their grey areas are modified to a pale silver.

But the so-called emerald variety, which was created in the United States, is popular because it gives the illusion of being green.

The effect is created by a combination of genetic mutations, which reduce grey pigment production to very little and also trigger the production of yellow pigment over the whole body, not just the face.

The mix of yellow pigment with just a little grey in it looks olive green in some lights.

What Type of Cockatiel Should I Get?

Since the difference between the types of cockatiels all boils down to color, and their temperament is the same across all varieties, most people bringing home a new bird have the luxury of picking whichever type most appeals to them.

It’s not surprising that some colors are more popular and easy to get hold of than others though.

If you have your heart set on a very rare variety of cockatiel, you might have to build up a relationship with a specialist breeder and be prepared to wait for a suitable chick to be born.

You might find one quicker if you’re willing to travel.

Another category for deciding which type of cockatiel to get is whether you want a male or female bird.

Same sex groups of either type generally live together happily.

But if you don’t want chicks, then you need to avoid buying a mixed-sex pair, or introducing a male to your all-girl aviary, for example.

If the sex of your cockatiel is important to you, then you might wish to focus on the colors of cockatiel which are readily sexed.

But, you don’t have to rule out unusual colors all together. Several of the most popular mutations which create different cockatiel types are sex-linked.

Which means a knowledgeable breeder will sometimes be able to deduce from the colors of a chick’s parents, what sex they must be.

It’s a complex and fascinating subject which would be impossible to explain in full here. But don’t be embarrassed to ask them to talk you through it!

We hope you’ve enjoyed our primer on the different types of cockatiels.

Don’t forget you can read more about the different cockatiel colors in more detail here, if you like.

As you prepare to bring home a pet cockatiel for the first (or second or third!) time, you might also be interested to read more about:

Do You Have A Favorite Type of Cockatiel?

Tell us which one it is in the comments section down below! 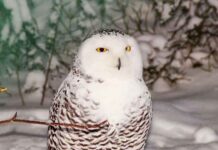