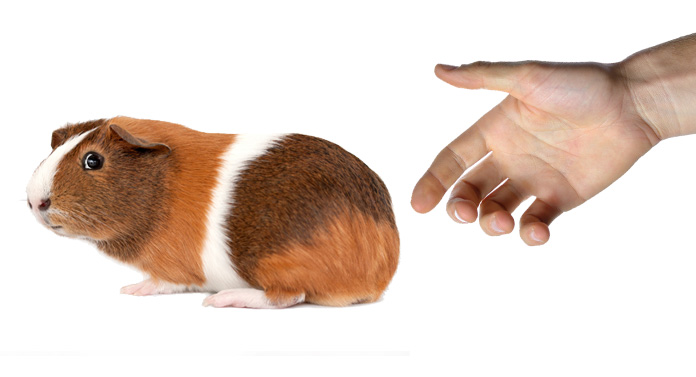 Why is my guinea pig scared of me and how do I help her to relax?

Guinea pigs in the wild are prey animals, and spend a fair amount of their time avoiding being eaten.

So it’s hardly surprising that they are a little skittish, even in our safe domestic settings.

Yet it still hurts when they appear to be focussing that natural fear just onto us.

There are actually several reasons that your guinea pig could be scared of you.

And if we can reduce or remove these, then you have a good chance of helping them to feel a bit more confident.

Improving your relationship, and the time you spend together!

Why is my guinea pig scared of me?

There are several reasons why a guinea pig might be afraid of their owner:

When we understand why our guinea pig is afraid, it makes it a little easier to help reassure them.

When we bring home a new pet, we appreciate that they are likely to be a little nervous. No matter what their natural disposition is.

That’s because we can’t explain to them what is going on. They don’t speak our language, after all. 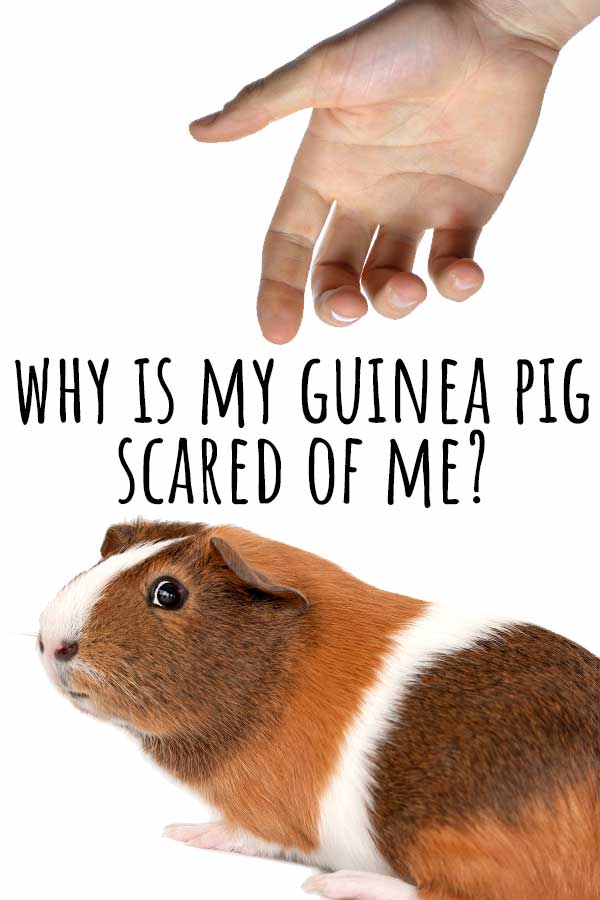 All we can do is build up their trust over those early days, and show them that they are safe and can relax.

It varies from pig to pig, but you can expect most of them to be fairly well settled within a week or two of being home.

Provided you take it slow and steady, and provide them with everything they need.

Guinea pigs all have different personalities. Some are a lot more shy than others.

I currently share my home with no fewer than 16 (that’s right) guinea pigs, and they vary hugely in temperament despite having very similar lives.

From Cheesecake and Cookie, who can be scooped out of their cages without batting an eyelid, to Dusty, who despite daily handling since birth still tries to dash over your shoulder and out the door. 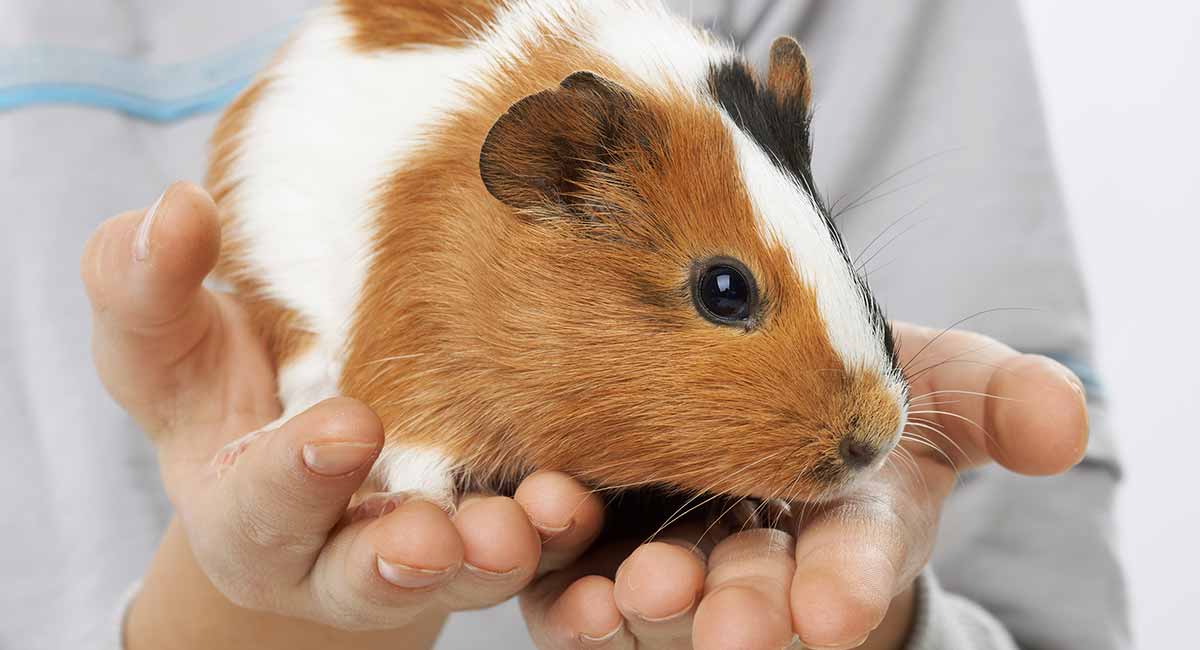 The natural disposition of your guinea pig can make them more scared of you than another pig might be.

This doesn’t mean all hope of a nice relationship is lost, you just need to build up their confidence even more slowly and carefully.

Start by just interacting with them in their cage, by offering them long foods (so you are not too near).

Be patient, and make sure that if they want to hide that they can.

Accidents happen, and even with the best intentions guinea pigs and other small pets can be handled badly.

If you or someone you know has accidentally frightened your pet in the past, they might be more scared of you now.

Have a think about over the past few days, do any of these sounds likely?

Did you pick them up in a hurry, or knock on the cage because they were chewing on the bars?

It’s easily done, and now you know these things you can avoid them in future.

If you’ve done one lately and your pet seems more scared, then don’t panic.

Just go back to behaving as you would when they first arrived, and build the trust back up again gently.

A guinea pig that used to be confident and has become more frightened might be in pain or unwell.

There are some guinea pig ailments such as upper respiratory infections that are common in this species.

And it’s possible they have hurt themselves in their cage without you knowing.

If you can’t work out why your guinea pig is behaving differently, then it’s a good idea to pop them down to the veterinarians.

Animals mask pain very well, because if they didn’t they be easy pickings for predators in the wild.

So it’s worth making sure that there is nothing underlying any changes in behavior.

Which, if you’ve ever seen them fighting, can be a bit of a surprise.

But even guinea pigs that chatter their teeth at each other sometimes, still benefit from friends. 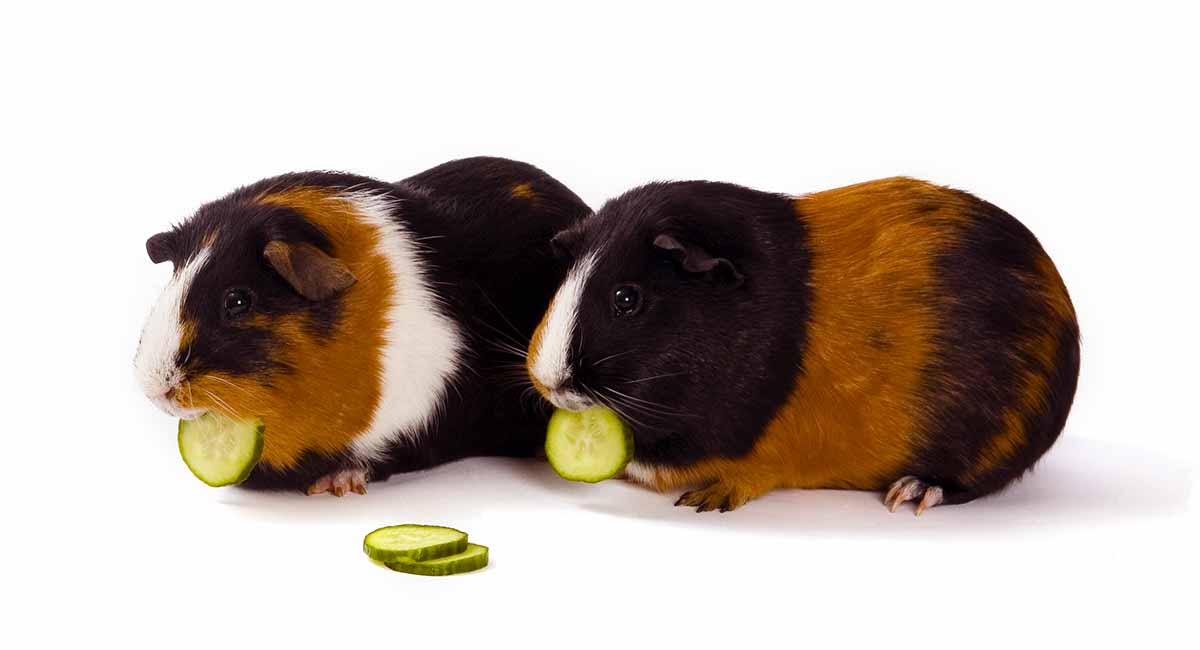 Gradually introductions and a good set up can help them get along, but almost all guinea pigs are happier in groups.

I have seen some amazing transformations in confidence levels in guinea pigs (and rabbits too!) when they are given some companionship after being alone.

The presence of furry allies makes them less fearful, and appear braver.

Which is great for both of you!

Guinea pigs feel safest if they know they have somewhere to hide.

A guinea pig that is kept in an enclosure that is bare, with nowhere to feel like they aren’t being watched, will likely be nervy.

To make them the happiest of all, include enough shelters, hides and shelves that each guinea pig has somewhere separate.

Feeling safe in your home, helps you to feel safer when outside it too.

Sometimes when it appears your guinea pig is scared of you, they are actually scared of something else.

The presence of dogs, but especially cats, can really upset some rodents.

Although guinea pigs are out of the size range for many cats to handle, they are still natural enemies.

Your cat purring and rubbing around the cage might look adorable, but he’s not doing it because he wants to make friends.

And your guinea pigs know that.

If your pets seem scared of you, try making sure any larger predators in the house stay well away.

Put the cage in a less accessible position, or if possible ban cats from the room entirely.

Your piggy will be silently thanking you, and happier to see you when you approach.

Why is my guinea pig scared of me?

Guinea pigs are often afraid, and it doesn’t necessarily mean you did anything wrong.

Fortunately, there are plenty of things you can do to help build up their confidence.

Including taking interactions slow and steady, but making sure they are frequent.

And giving them an appropriate set up, with plenty of places to hide and some friends to keep them company.