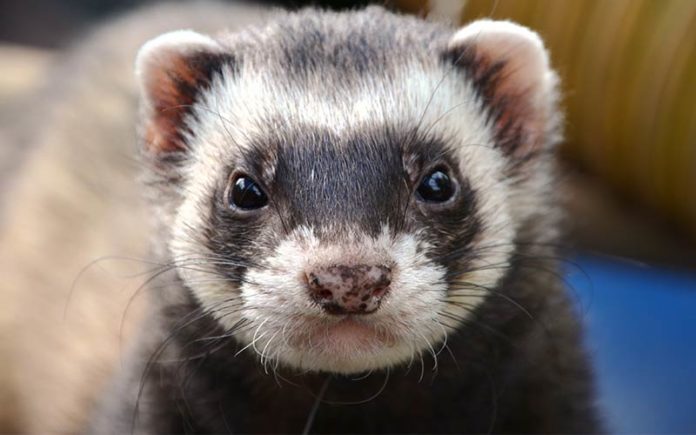 Can ferrets eat tuna fish? Is tuna a safe treat or even meal for your ferret? Let’s find out in this complete guide to ferrets and tuna!

Ferrets are loved for their social, friendly and inquisitive personalities. Which are only a part of the reason that they make such great pets.

Everyone loves to give their pets new food, whether it’s to make sure they have a well balanced diet with lots of nutrients, or just to give them a bit of variety.

And although tuna is good at combatting heart disease and cholesterol in humans due to its high level of omega 3 fatty acids, is it as good for ferrets?

This article will explore whether or not it’s safe to give our ferrets tuna and what effect it could have on our furry friends if they did eat any.

Ferrets are carnivores with a high metabolism, which means they need diets that are high in protein. Ideally made up of lots of small meals throughout the day. 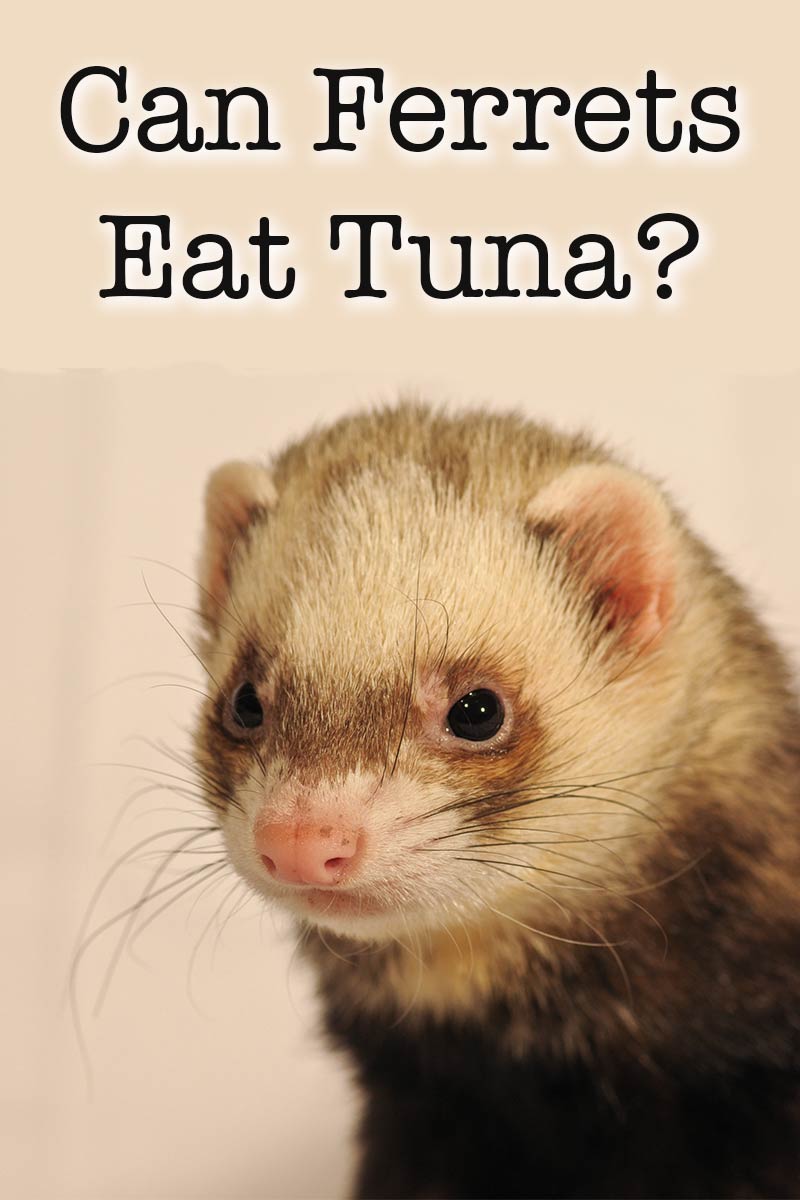 Protein can be found in the food pellets of commercial ferret foods from normal pet stores, but many people want to give their pet a variety that extends beyond this.

Whether or not ferrets should eat fish is a highly debated topic on lots of online forums.

Ferrets are allowed to eat fish – it is safe for them to consume – however, fish is not a natural part of their diet. So it is possible your ferret will not like or eat certain, or any, fish.

Some people also prefer not to give their ferrets fish, as it can make their droppings smell.

Fish is a broad category, so does this mean that literally all types of fish are good for ferrets?

Specifically, is tuna safe for our ferrets to eat, and does it have any benefits or dangers?

Ferrets are allowed to eat tuna. It is safe for them to consume, but this does not mean that it should be a supplement for other major parts of their diets.

High protein meats are what ferrets should be consuming the most of, such as chicken and lamb. These are usually the main ingredients of commercial ferret pellets.

But although ferrets are allowed to eat tuna, does this mean they should?

Does it have any nutritional benefits for them, or even any bad effects?

Is tuna safe for ferrets?

Tuna is safe for ferrets to eat, unlike other foods such as vegetables, dairy products, or grains high in starch and carbohydrates.

We can give either cooked or raw meats to our ferrets, however these need to be as fresh as possible. For example, tinned tuna may include seasoning or other additional ingredients that could be harmful to your ferret.

It would also not be safe to only give your ferret tuna. It is important for all pets to have a well rounded diet to ensure they get all the nutrients they need.

Tuna is safe for your ferret as an addition to their normal meals, but it should not replace them.

Is tuna bad for ferrets?

The additional ingredients in tinned tuna or other pre-cooked, shop-bought versions can be bad for ferrets, even though tuna itself isn’t harmful.

Tuna is best served as fresh as possible, prepared at home.

Tuna does not provide all of the nutrients that a ferret needs, so it cannot make up a ferret’s diet alone, and needs to be given alongside their normal food.

Ferrets, as carnivores, cannot digest certain foods, like complex carbohydrates or dairy products. This is why it is so important to make sure meat is as fresh as possible and free of additional ingredients.

Some people don’t like to give their ferrets any fish, as it can make their faeces smell strongly.

Additionally, tuna fish is high in cholesterol, so if you do choose to give it to your ferret, it may be better as a less frequent treat than a large part of your ferret’s diet.

When introducing any new food into any pet’s diet, it is important to monitor any changes in the health of your pet.

New foods can often lead to upset stomachs, triggering vomiting or diarrhea. In these cases it is best to remove the new food and seek advice from your vet.

Is tuna fish good for ferrets?

Tuna is high in protein so it is potentially good for ferrets, who need a protein-heavy, meat-based diet.

It does not contain all the nutrients that ferrets need to be healthy. But no meat on its own will.

You can easily guarantee your ferret gets all the nutrients it needs by buying a commercial ferret food, either in a pet store or sold by your veterinarian.

Tuna fish can be good for your pet when added in small amounts to your ferrets normal small meals, but should not be given too frequently.

Ferrets are inquisitive animals, and often get themselves into trouble for ingesting things they shouldn’t!

This shows that ferrets love trying new things, and introducing new foods is a great way to make sure your pet doesn’t get bored with its diet.

However, your pet isn’t going to love every food you give it.

Every pet is different. One ferret may love tuna, whilst another hates it!

Ferrets don’t naturally eat fish, so it isn’t guaranteed that they will automatically start eating any that you give them. This isn’t a bad sign, they simply may not like it!

So, tuna is safe for our ferrets to eat, and has lots of protein. It is a great choice to add to your ferret’s diet if you’re looking for something new to add a bit of diversity.

However, it does have high levels of cholesterol, and doesn’t replace other nutrients your pet needs. So it shouldn’t become a supplement for their normal food.

Although ferrets are curious, adventurous little animals, they aren’t necessarily going to love every new food, so it shouldn’t be a concern if they don’t like it.

There are lots of other supplements you can give your ferret that are also high in protein, like chicken.

Additionally, if you do decide to give your ferret tuna and it reacts badly, you should stop giving it to your pet.

Have you ever tried giving your ferret tuna? How did it react?

Let us know about your experiences giving your ferrets new foods in the comments!

ABOUT US
News, tips and advice on caring for your pets. From best selling author Pippa Mattinson and her team
Contact us: [email protected]dcatmedia.net
FOLLOW US
© Red Cat Media Ltd 2018