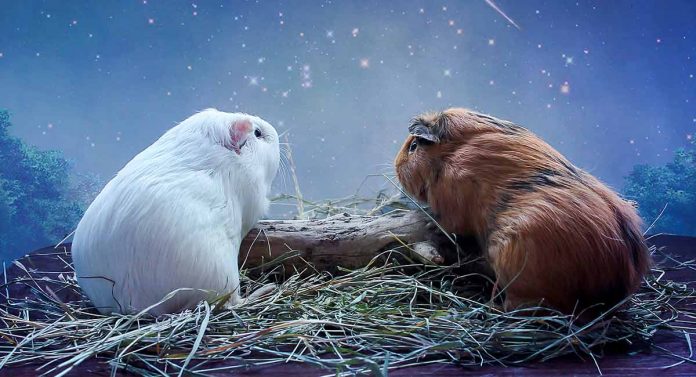 Even experienced guinea pig owners may ask the question, “Are guinea pigs nocturnal?”

Let’s have a closer look at the intriguing sleeping patterns of the guinea pig.

To the uninitiated, the guinea pig may appear to be a hairy lump that sits in its enclosure all day, making the occasional squeak when it needs to be fed, if that.

How wrong they are. Anyone who has become acquainted with a cavy (another name for a guinea pig) knows they have big personalities packed into those small bodies. Understanding a cavy simply involves learning how they are trying to communicate with you.

Those “occasional squeaks” are in fact full of meaning and vary depending on whether your guinea pig is feeling excited, hungry, silly, snuggly, or curious.

As you get to know your pig, you will probably also start to notice that it is a creature of habit.

You might wonder – when does my guinea pig actually sleep?

You may start to suspect that your guinea pigs are actually catching their zzz’s during the day when you are out and about, meaning they are up during the night. A creature that is active at night is called nocturnal.

Guinea pigs are not strictly nocturnal or diurnal. In fact, they don’t sleep an awful lot at all. But they are a lot more active in the day time than the night time.

But finding an answer to the question “Is a guinea pig nocturnal?” is actually not very straightforward.

Is A Guinea Pig Nocturnal or Diurnal?

One study published in 1995 found that guinea pig’s sleeping patterns varied between one another so much that some could be classified as nocturnal, while others were best classified as diurnal.

In general, guinea pigs scatter their sleep throughout each 24 hour period, taking short naps between periods of higher activity.

Another reason you will likely find it hard to catch your guinea pigs snoozing is that they often sleep with their eyes open. If they are very relaxed they might shut their eyes, but this is rare. 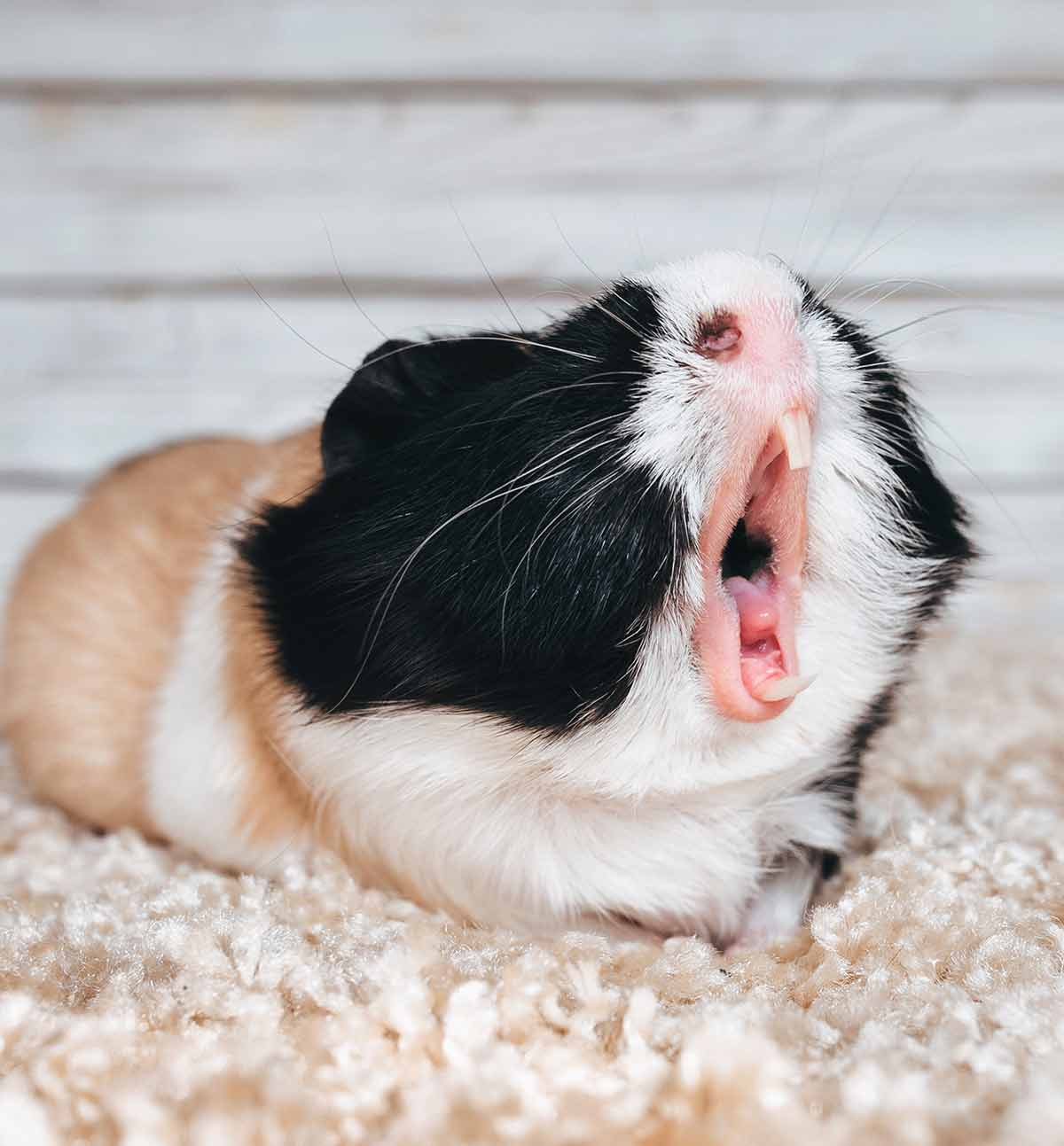 While there is no clear answer to the question “Are guinea pigs nocturnal or diurnal?”, one reason for their rather unique sleeping habits may lie in their history.

You might be surprised to learn that guinea pigs have been domesticated for a long time – around 4500 years, in fact.

That being the case, our cavy friends have become quite accustomed to fitting their schedule around our human routines.

To find out more about the sleep patterns of guinea pigs, check out this article which delves more into this topic.

Studies have found that guinea pigs do appear to be more active during light to dark transition periods.

In other words, dusk and dawn.

How Much Sleep Do Guinea Pigs Need?

There have been some studies done over the years to try and gain insight into the guinea pig’s interesting sleeping habits.

One study published in 1993 found that guinea pig’s sleep is scattered throughout the day, sometimes just in increments of a few minutes at a time.

What studies did reveal was that compared to other animals, even other rodents, guinea pigs need very little sleep.

For example, guinea pigs on average only need one hour of REM (Rapid Eye Movement) sleep every 24 hours. By contrast, a ferret needs about six hours of REM sleep over 24 hours.

One theory that has been presented to explain why this is the case has to do with the development of guinea pigs at birth.

Unlike ferrets, a guinea pig is born complete with claws, teeth, fur and open eyes.

The day after birth, it can eat solid food, and within an hour of coming into the world it can walk around independently.

Similarly, the sheep and the giraffe are fairly mature at birth, and also only need about one hour of REM sleep a day.

It is theorized that the more mature an animal is at birth, the less REM sleep it needs throughout its life. However, sleep assists with many other brain and body functions, and research into why the guinea pig needs so little is ongoing.

Now that we know guinea pigs are neither strictly nocturnal nor diurnal, you might wonder what your piggy gets up to through the night.

This will vary greatly between individual guinea pigs. Some cavy owners find that their furry friends can be a little noisy at night, while others never hear a peep.

It is most likely that your guinea pig will have longer periods of rest throughout the night, however, as everyone else has gone to bed and it is a perfect time to rest up.

Are Guinea Pigs Nocturnal? – A Summary

Does your guinea pig have any interesting sleeping habits? Or are there any other questions about guinea pigs you would like to find the answers to? Be sure to let us know in the comments section below.