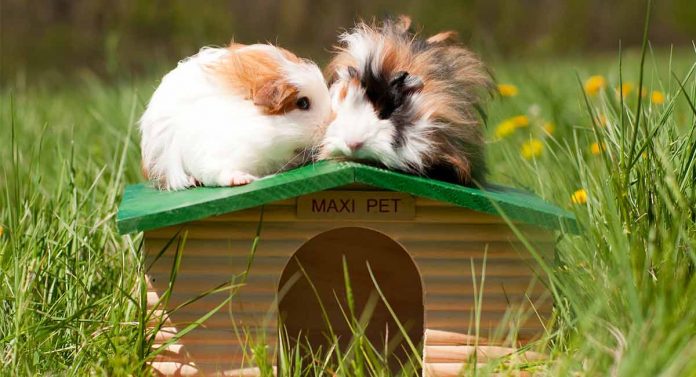 Can guinea pigs jump? Is it even possible with such cute little legs?

Have you ever noticed your guinea pig jumping around? Or perhaps you’ve seen a video of a jumping Guinea pig, and now you’re wondering how and why they jump?

Guinea pigs are a very interesting species. Though it might be strange to consider that guinea pigs can jump, they actually can! And quite high too!

To figure out the physicality behind their jumping and why this jumping behavior might be happening, we need to look at the evolution of this behavior.

Guinea pigs have been domesticated for an extremely long time. Some reports even say that they have were domesticated as early as 5000 B.C.

Guinea pigs were first domesticated for food by the tribes in the Andean region of South America. Then, after the Spanish conquest in 1532, they were selectively bred by the Spanish people.

The resulting varieties became the ancestors to many of our modern breeds today.

As guinea pigs were brought to Europe, they quickly became popular exotic pets. Queen Elizabeth I is famously reported to have been a fan of guinea pigs.

As you can see, guinea pigs have been companions to humans for a very long time!

Their behavior has been heavily affected by their time in captivity, and it is possible that many if their behaviors have developed due to their proximity to humans.

So, the guinea pig’s behavior has been heavily influenced by their domestication, but what does this have to do with jumping? Can guinea pigs jump?

This is debatable. One source reports that “guinea pigs do not jump or climb” while another claims that “a happy guinea pig will jump straight up in the air.”

This can lead to a lot of confusion among pet owners. Both authors can’t be right… or can they?

A lot of the confusion lies in the fact that while guinea pigs do jump, it isn’t the sort of jumping we would imagine.

Guinea pigs bounce more than jump. This behavior is called popcorning because the guinea pig will often resemble a popping piece of popcorn.

And whether this counts as jumping or not depends on who you ask.

A guinea pig isn’t about to jump over something even moderately high, and most guinea pigs do not have the ability to jump up onto things.

However, a Guinea pig will bounce upwards, which might be considered jumping by some.

Why Do Guinea Pigs Jump?

Now that we know the answer to “Can guinea pigs jump?” we can answer the question “Why is my guinea pig jumping?”

What does it mean when guinea pigs jump?

Guinea pigs bounce and jump because they are happy. It is a response to happiness and excitement.

Just like a small child might bounce up or down when presented with a piece of candy, a guinea pig might popcorn when given his or her favorite treat. 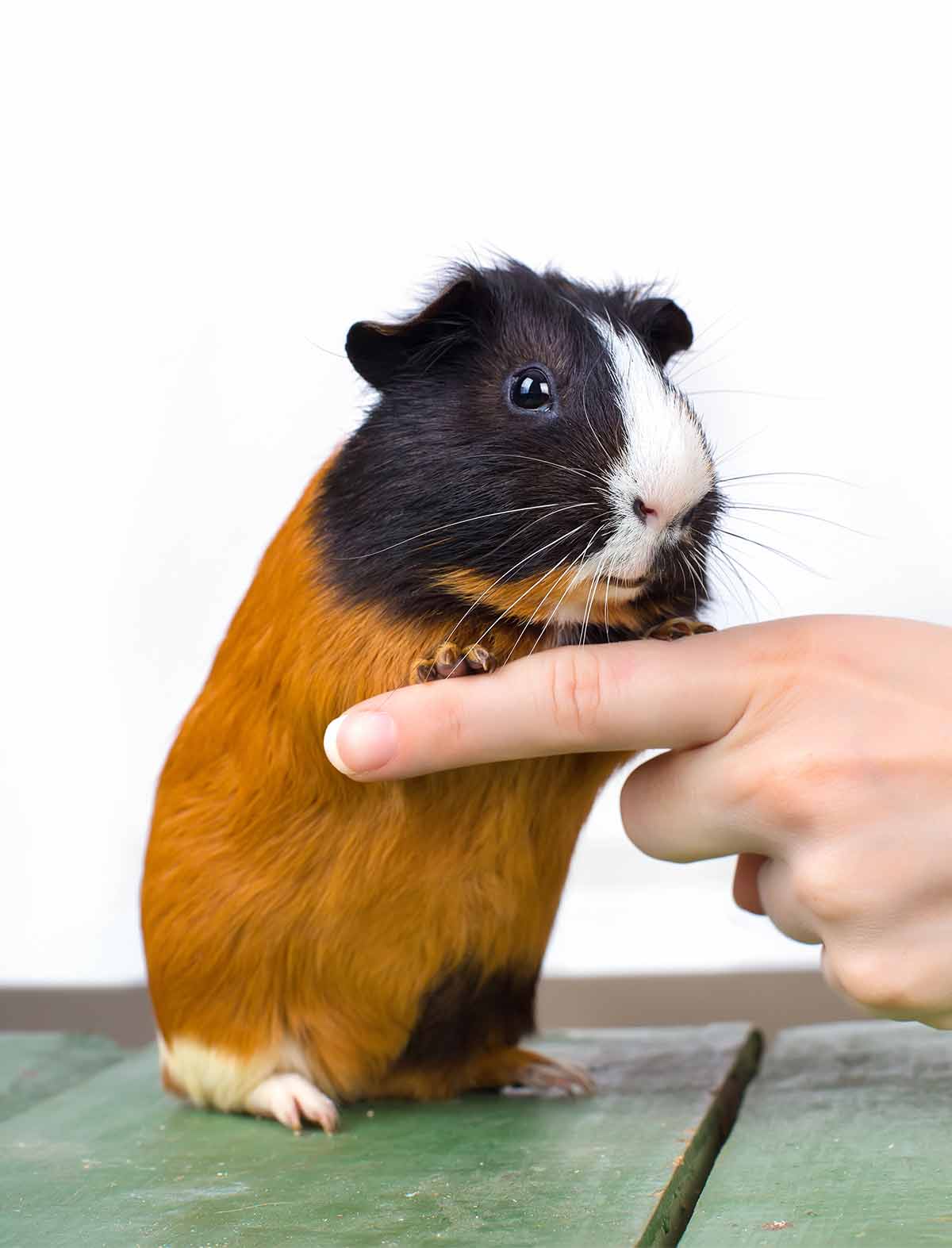 How High Can Guinea Pigs Jump?

On discovering this, another common question you may have is: “How high can guinea pigs jump?”

It is important to know how high a guinea pig can jump to avoid them accidentally bouncing out of their cage.

It is extremely uncommon for a Guinea pig to jump in an attempt to escape. But, you don’t want your excited guinea pig accidentally jumping somewhere they shouldn’t go!

In general, the highest any guinea pig can bounce is 12 inches, or a foot.

So, if you make sure that all your cages and boundaries are at least this tall, you shouldn’t have to worry about your guinea pig accidentally jumping over them!

It is not uncommon for guinea pig owners to mistaken their pet’s normal, popcorning behavior with a seizure of some kind.

However, seizures are rare in guinea pigs, and popcorning is absolutely normal.

In fact, it is a sign that your guinea pig is happy and well taken care of!

With some careful observation, it is pretty easy to tell the difference.

If you are wondering “Why is my guinea pig jumping and twitching?” you shouldn’t panic!

But if you’re worried about your guinea pig, it is never a bad idea to get them checked out by a vet. Your vet can help you correctly identify behaviors and medical conditions.

As we’ve discussed, the answer to “Can Guinea pigs jump?” depends on who you ask.

So, what do you think? Can guinea pigs jump? Does yours? 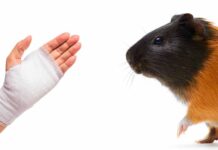 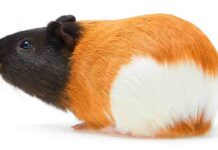