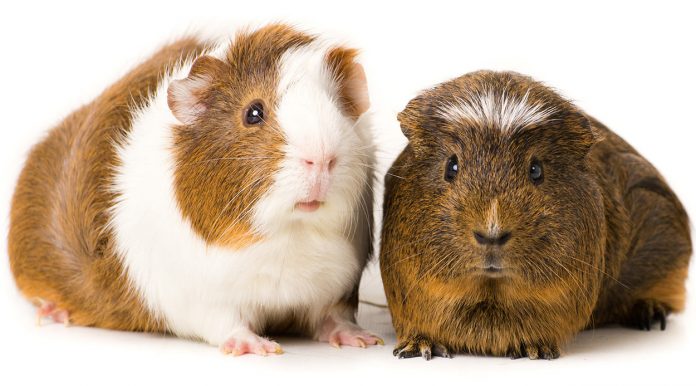 Welcome to our complete guide to Ivermectin for Guinea Pigs.

Taking a look at what it’s used for and how it works.

Including potential side effects, and how your vet has calculated the dosage.

We all hate parasites.

The thought that another creature could be living on or in our pets can be enough to make our skin crawl. This is bad enough, but some of these organisms can actually do harm.

The problem of parasites is something we’ve faced in ourselves, our livestock, and our pets for thousands of years. In a relatively short period of time, modern medicine has come up with a multitude of tools to deal with these invaders.

This choice can be confusing.

We’re often left not knowing why our vet has suggested the treatment they have. How effective the treatment is, and what side effects it has might be unclear to us.

Today we’re going to look at one treatment for parasites in and on guinea pigs: Ivermectin.

So is ivermectin effective? And will it do my guinea any harm?

Parasites are not a new problem. We and our pets have been bugged by tiny creatures for as long as anyone can remember.

In response to this, scientists have been hard at work developing medications that rid our pets’ bodies of parasites. One such anti-parasite medication is ivermectin.

Ivermectin was discovered in 1975. Since then its use has been widespread. Due to its efficacy in humans and animals, ivermectin is on the World Health Organization’s list of essential medicines.

This drug is currently only available with a prescription in the U.K. and U.S.

Ivermectin works by getting into our animals’ systems, and confronting the infestation head on. This chemical comes into direct contact with the target parasite inside our pets. The ivermectin then binds to the glutamate gated chloride channels in the nerves of the pest.

Once it has done this, de-infestation is fairly rapid. The nervous system of the parasite shuts down and they are rendered harmless, eventually dying.

It also works in the same way when applied topically.

So, what can we treat guinea pigs for with ivermectin?

What Is Ivermectin For Guinea Pigs Used For?

The main targets of this medication are nematode worms. It can also be used to treat ear mites, and some species of lice. This treatment has however not been found to be effective against tapeworms, ticks, or fleas.

The treatment of parasites is medically essential. In the long term they can cause numerous unpleasant symptoms and, eventually, even death.

Due to its many uses, there are a few forms of guinea pig ivermectin: topical, injectable and oral solutions.

Having this many options for application is useful. It means that treatment can be personalized for each guinea pig and owner.

Giving the right amount of any medicine is crucially important. So, how do we figure out the correct guinea pig ivermectin dose?

If using topical ivermectin, simply apply it as the instructions indicate.

The packaging will include a chart. The amount of ivermectin you apply will depend on your guinea pig’s weight.

When it comes to oral and injectable treatments, we tend to get a little more concerned.

The exact dose of ivermectin may be decided on by your vet. Your vet will take your guinea pig’s age, weight, and any other salient factors, into consideration.

With that being said, we can look at the guidelines vets use, and make estimates about how much ivermectin our furry friends are likely to receive.

How Much Ivermectin Will My Guinea Pig Be Given?

To treat internal parasites, guinea pigs are often given 200 mcgs of ivermectin for each kg of body weight, either by injection or orally, every 7 days for 3 weeks.

As we’ve said, based on the type of infestation, the dosage can differ. One test successfully treated ear mites in guinea pigs with 400 mcg of ivermectin for each kg of body weight, given every 10 days in four injections.

In excessive quantities, any medication can be dangerous. Let’s take a look at the possible effects of a guinea pig ivermectin overdose. 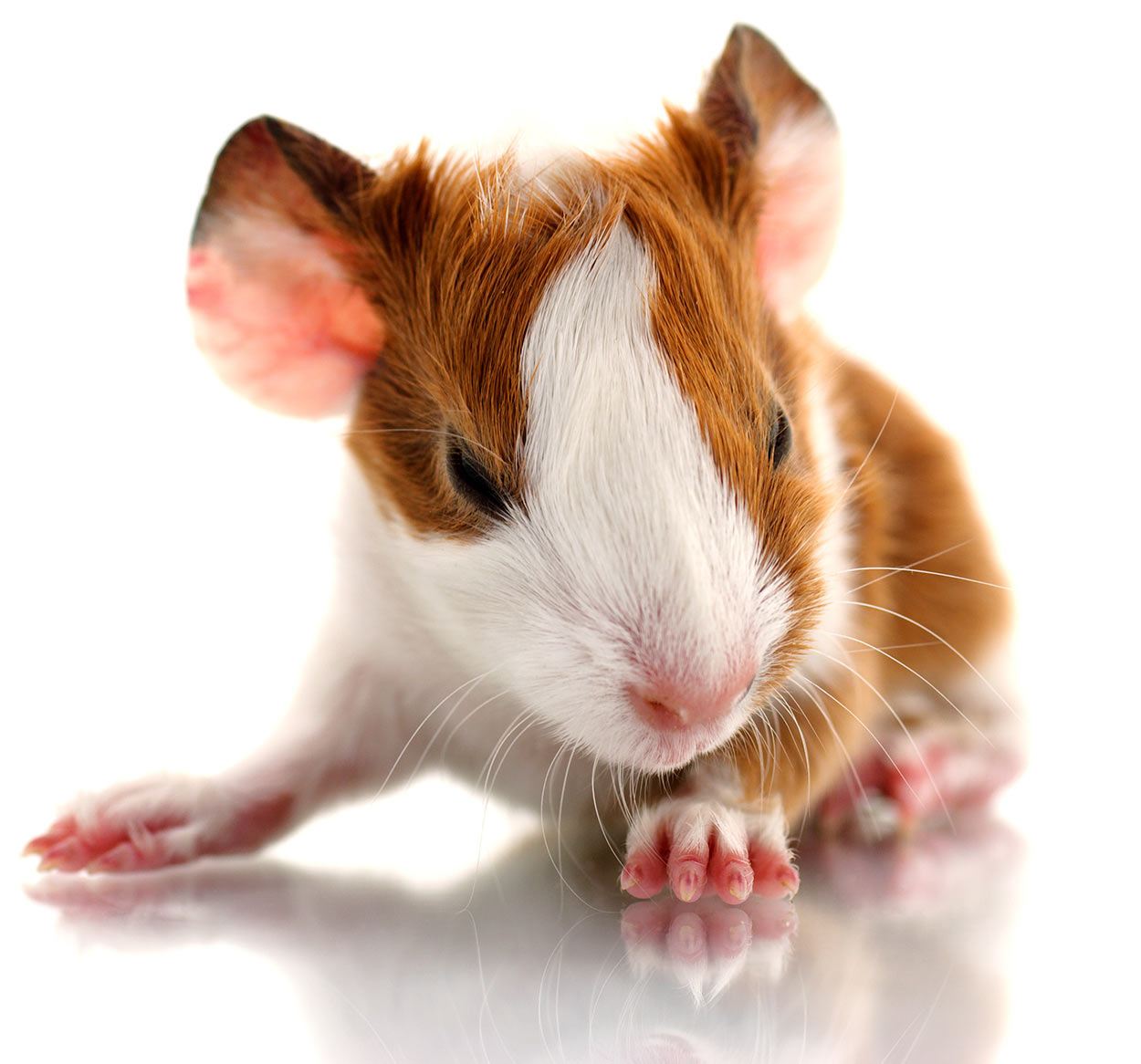 We don’t know exactly how much ivermectin is too much for a guinea pig. Rats, however, have been the subject of numerous tests on ivermectin toxicity.

These fellow rodents have the same standard dose as guinea pigs. So, they should be a pretty good match for guessing the effects of an overdose.

This is an effect similar to the anesthesia our pets receive during surgery. It can be fatal if not treated quickly.

This is scary, but it’s important to point out just how much ivermectin it took to do this. Rats in the test that demonstrated this were given 15 mgs of ivermectin for every kg of body weight. That’s 75 times the normal dose.

Less serious overdose symptoms were caused in the same test by a slightly lower dose. But this was still 50 times what they would normally receive. Lower, but still relatively high, doses were also tested with no notable effect.

While we must be careful to stick to the exact dose given for any medicine, we can see from this how safe ivermectin is. This is especially true when we compare it to some other parasite treatments.

So are there any guinea pigs who should never have ivermectin?

Guinea Pigs Who Can’t Have Ivermectin

There will always be guinea pigs who are more sensitive to certain medicines.

Ivermectin could feasibly react with other medications that also affect the nervous system. It’s important to let your vet know about any medication you give your guinea pig.

Any history of illness is also important. All of these things go into deciding how suitable ivermectin will be.

So, in a healthy guinea pig, at normal doses, what side effects does ivermectin have?

Ivermectin For Guinea Pigs Side Effects

One of the most attractive features of Ivermectin is how rare side effects are. Plenty of studies using this chemical to treat guinea pigs have reported no side effects whatsoever.

At normal doses a course of Ivermectin is almost always uneventful.

With this being said, every guinea pig is different.

Gastrointestinal upset can be a side effect of almost any medication. When our furry friends are exposed to anything new the stomach can be the first part to show signs.

If your guinea pig shows any of the overdose signs, such as dizziness and confusion, it’s important to have them seen by a vet straight away. This is rare, but if it is happening it’s better to be safe than sorry.

So how do i get ivermectin for my guinea pig? 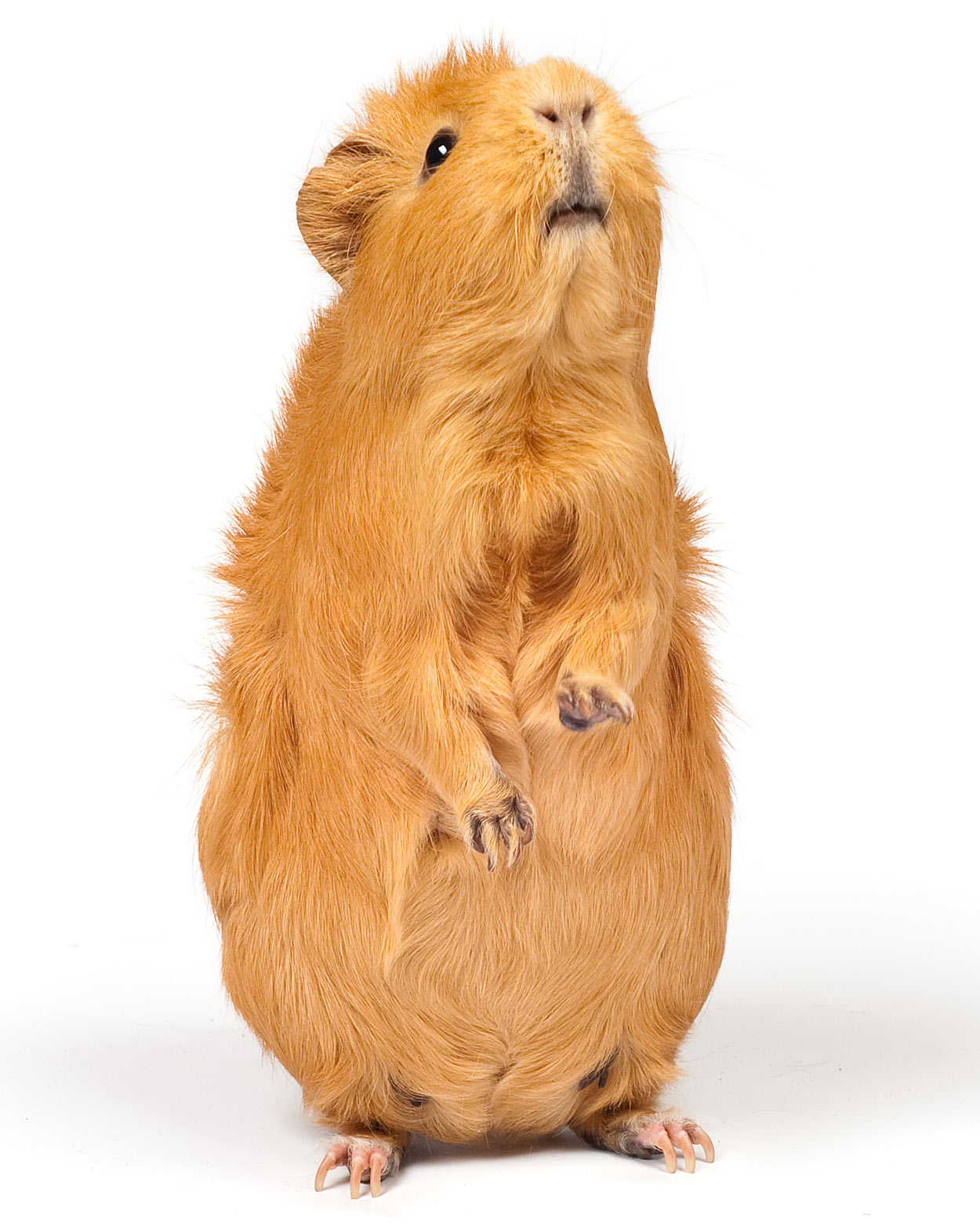 Where Can I Buy Ivermectin For Guinea Pigs?

It’s important to talk to a vet before buying ivermectin.

This medication does not provide coverage against all parasites. A diagnosis is therefore essential to provide effective treatment.

This medication is available over the counter in so many forms. For this reason it’s always best to buy direct from a vet, or at least from a supplier they recommend.

Going online to buy medication without consulting a vet is always too risky.

Ivermectin is an impressive anti-parasite medicine. It can help whether we’re worming our guinea pigs, or trying to shake nasty mites off of them.

It’s no wonder this medication is popular with vets for numerous different animals. Veterinarians use ivermectin for a huge range of creatures, from cows all the way down to tiny mice.

Humans can even benefit from this medicine. Anti-parasitic drugs like this can be lifesavers in areas with poor sanitation.

The potentially disastrous repercussions of an overdose might put you off, but with the right amount of care there’s barely any risk. Handle ivermectin as you would any other medicine, and your guinea pig will likely benefit from ivermectin with likely no side effects.

Listen to a vet’s instructions, and don’t give this medication to young animals unless instructed otherwise.

The potential of an overdose is scary, but if your vet has prescribed this medicine, it’s because your furry friend really needs it. The danger of allowing parasites to continue living in our guinea pigs far outstrips any risk ivermectin poses.

Has your guinea pig had a course of Ivermectin? Let us know how that went in the comments below. 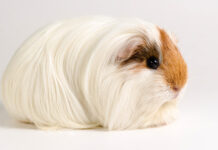 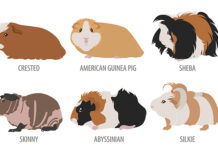