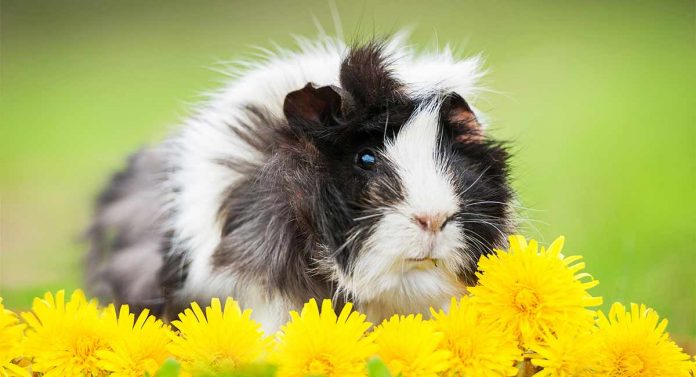 Where do guinea pigs come from, and how did they become members of our families?

Current estimates suggest as many as 1.3 million guinea pigs may be residing in as many as 847,000 U.S. households right at this very moment!

Elsewhere in the world, guinea pigs’ growing popularity isn’t just because of their cute faces and winning personalities. Across South America, guinea pigs, or cuyes as they are called, are being served up marinated, grilled or fried to a growing number of enthusiastic foodies!

Long before we had guinea pigs as pets or on our plates, however, they were wild mammals known as cavies.

Read on to learn about the fascinating history of wild cavies and their modern descendants, including the cherished pet piggies we know and love today!

Where do guinea pigs come from?

Guinea pigs come from South America, in Peru, where they lived as wild animals. Over time they became domesticated and were exported from their native lands for use as laboratory animals and household pets.

They are also still farmed around the world for meat, too!

But how did these fascinating and varied guinea pig transitions occur?

What is a guinea pig?

A guinea pig is a small mammal that belongs to the Caviidae family of South American rodents. All pet guinea pigs are related to a single wild ancestor, Cavia porcellus.

While the wild rodent ancestor of today’s pet guinea pigs is now extinct, many of its other wild guinea pig relatives still exist throughout South America.

Why are they called guinea pigs?

Every part of the guinea pig’s modern name is confusing to researchers.

First of all, guinea pigs are not from Guinea. They are also not pigs and they are not even related to pigs genetically.

So why are they called guinea pigs? Several theories exist, and one seems as good as another when you are not sure about the truth!

Guinea pigs can vocalize by squealing, which can sound a lot like the squealing sounds pigs often make.

Since guinea pigs are popular in certain gourmet circles, another theory suggests they may look like pigs when “dressed” for cooking or that they may even taste like pork.

Still another potentially plausible theory is that guinea pigs most likely first arrived in Europe via ships from Guinea, a country located on the southeast coast of Africa.

This last may actually be the most likely theory for how guinea pigs got their name (even though we now know guinea pigs hail from South America, not Africa).

The reason being, the name seems to have stuck in multiple languages.

In Germany, guinea pigs are called “little sea pigs,” hinting that they first arrived by sea. And in France, they are called “Barbary rabbits” (the Barbary coast is also located in Africa).

In laboratories across the globe, the name “guinea pig” has taken on a completely different meaning and connotation.

Although it still occurs, domestic guinea pigs are used far less today for research purposes than they had been in past decades.

Where do guinea pigs come from?

So where do guinea pigs originate? Thanks to evolutionary biologists and conservationists, the guinea pig Peru and South American connection is now well established.

However, researchers still differ on precisely where and when guinea pigs were first domesticated.

In one respected research journal, it is suggested that guinea pig domestication throughout the Caribbean region may have first occurred as far back as 500 A.D. This is supported by evidence retrieved from nine different archeological dig sites.

Where do guinea pigs live in the wild?

Interestingly, while the wild ancestor of today’s domestic pet guinea pig is now extinct, several of its relatives still live on in various parts of South America.

The Brazilian guinea pig is found in – no surprise here – Brazil. It is also native to Venezuela, Ecuador, Colombia, Bolivia, Guyana, Uruguay, Paraguay and northern Argentina.

The greater guinea pig lives in southern Brazil and in parts of Uruguay.

The shiny guinea pig lives along the coastline in parts of southeastern Brazil.

And the Montane guinea pig is found throughout northeastern Argentina, north Chile and Peru.

The Santa Catarina’s guinea pig, or Moleques do Sul guinea pig, is found only in Santa Catarina in Brazil. Unlike its other wild South American relatives, this particular pig is considered to be critically endangered in the wild.

Guinea pigs in the wild live in social groups of as many as 10 pigs and are most active before dawn and after dark to evade their many predators.

These small prey animals will burrow to avoid detection by predators, to nest and to rest.

They can live productively in a variety of habitats, from swamps and grasslands to mountainous regions and coastal plains. 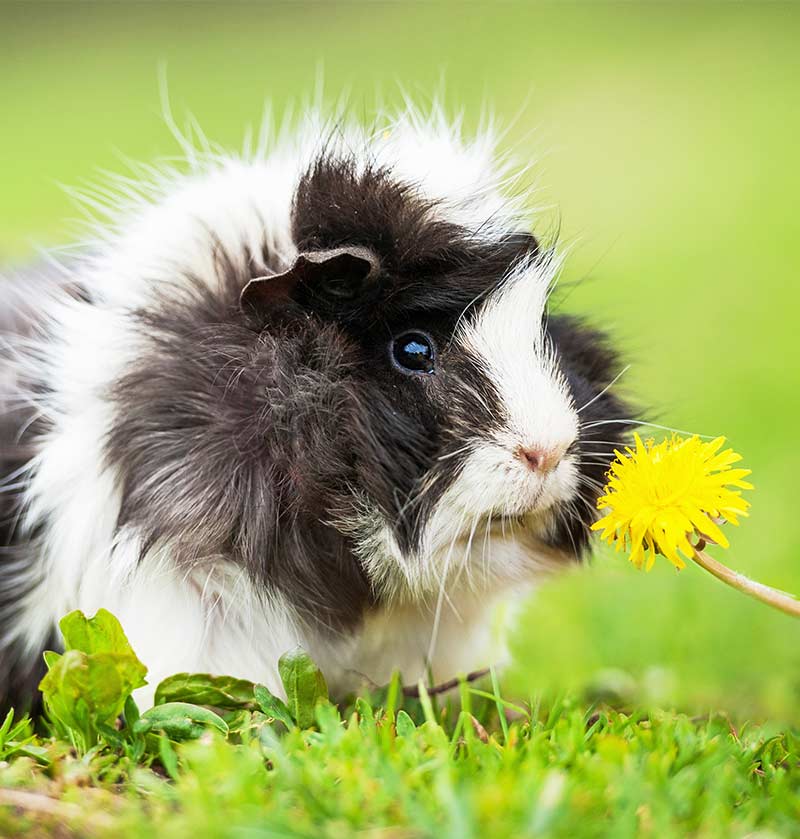 While they were definitely bred for food in some households, archeological evidence also suggests they quickly became treasured household pets for nobles and commoners alike.

Queen Elizabeth I was reportedly so taken with the small mammals she also kept one as a pet.

This early zeal for cavy pets continues today, with some owners creating special costumes or even lavish “pignics” for their precious pets!

Many recognized modern guinea pig breeds still share similarities with their wild extinct ancestors and their wild living relatives, including their hair texture and length, body size and shape and daily habits.

However, some modern guinea pigs owe their very existence to human genetic tinkering, including the now-popular hairless guinea pig or “skinny pig,” which was born in a laboratory just a few decades ago.

Other genetic tinkering has produced more subtle difference in coat texture (matte or silky, straight or curly) and hair length (long or short or a combination) as well as rosettes (whirls of hair).

Plus, the number of colors and patterns today far exceeds anything to be found in a natural wild cavy population.

Other roles of domesticated guinea pigs

Around the 1800s, guinea pigs became popular research subjects for germ research, as Europe struggled to find cures for ongoing outbreaks of plague, tuberculosis and other highly infectious diseases.

As bad luck would have it, the cute and cuddly little pets were also found to be highly sensitive to infectious disease and possessing human-like tissue and a similar immune system to people.

Their calm, gentle temperaments also made working with them a breeze.

Today, rats and mice have largely replaced guinea pigs in laboratories across the world, although some specialized guinea pig research continues.

We hope you have enjoyed learning more about the history of wild and domestic guinea pigs and how we got the adorable pets we so love today!

Do you have a favorite guinea pig breed? Please drop us a comment to share your story!